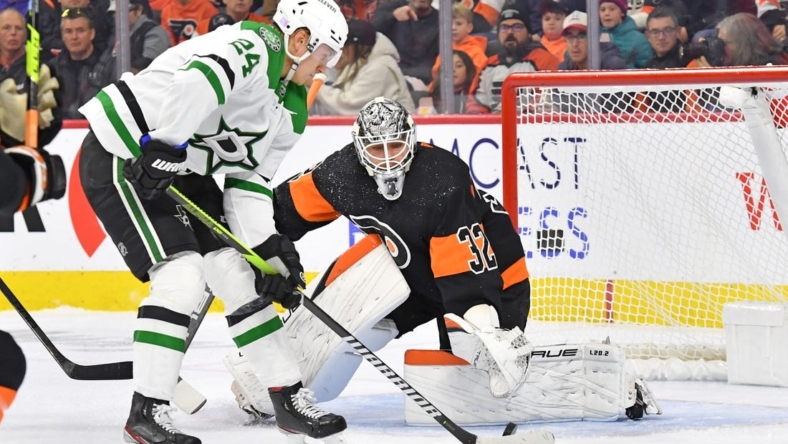 Joe Pavelski and defenseman Esa Lindell each collected one goal and two assists apiece to lift the visiting Dallas Stars to a 5-1 win over the Philadelphia Flyers on Sunday.

Jason Robertson scored and set up a goal, Matej Blumel and Luke Glendening also tallied and Jake Oettinger made 37 saves for the Stars, who snapped a two-game losing streak.

Travis Konecny scored the lone goal for the Flyers, who went 0-for-6 on the power play en route to losing their third straight game.

The Stars went ahead 1-0 at 2:36 of the first period after Blumel connected on the backhand for his first career goal.

Dallas appeared to take a 2-0 advantage less than three minutes later, but the goal was nullified after a coach’s challenge by the Flyers proved that the play was offside.

Kevin Hayes had a strong scoring opportunity at 15:00, but Oettinger made the save.

The Stars eventually extended their lead after Lindell fired a shot from the point which appeared to deflect off Philadelphia defenseman Justin Braun at 18:24.

Konecny scored at 54 seconds of the second to halve the deficit before the Stars answered at 9:06 of the period. Pavelski redirected a shot in front between Sandstrom’s pads for a 3-1 advantage.

Scott Laughton skated in all alone with 20 seconds left in the second and ripped a shot off the post.

Ten seconds after the Flyers were awarded a power play in the third, Glendening scored a short-handed goal at 57 seconds for a 4-1 lead.

The Flyers earned their fourth power play when Tyler Seguin was whistled for tripping Konecny at 5:26. While they had several solid scoring chances, including a point-blank shot by defenseman Tony DeAngelo, they couldn’t score.

Robertson scored on the power play at 10:59 for a commanding 5-1 advantage.

The Flyers had one final power play at 16:54 and also a two-man advantage for 59 seconds but couldn’t convert.