Hall of Fame quarterback Joe Montana said Tom Brady has found his rhythm with Tampa Bay and that he "has pity" on the rest of the conference... 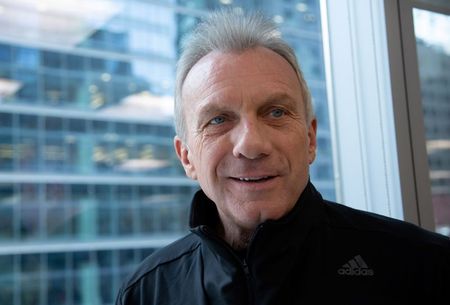 LOS ANGELES (Reuters) – Hall of Fame quarterback Joe Montana said Tom Brady has found his rhythm with Tampa Bay and that he “has pity” on the rest of the conference as the Buccaneers look more and more like Super Bowl contenders.

Montana, who led the San Francisco 49ers to four championships, spent his final two seasons in Kansas City and said Brady’s adjustment after leaving New England in the offseason was not complicated.

“I joke that probably the most difficult thing he had to do was find a place to live,” Montana told Reuters, while promoting an ad campaign for Guinness that focuses on his college days with the Notre Dame Fighting Irish.

“He’s just going down there to play a game that he loves, and I knew that as soon as people saw his work ethic, the transition would be smooth for him,” Montana said of the 6-times Super Bowl champion.

The 5-2 Bucs dropped the first game of the season to a good New Orleans team and fell by one point to Chicago in Week 5. But the team has stepped up recently, highlighted by a 38-10 rout of the previously undefeated Green Bay Packers.

“The first couple weeks were a little rocky, but it looks like they’ve got it all straightened out now,” said Montana, who was named Most Valuable Player in three of his four Super Bowl wins.

“I have pity on the rest of the NFC. Good luck!” he said with a laugh.

While Montana believes the Bucs have an excellent shot at winning the NFC, he does not see any AFC team standing in the way of reigning Super Bowl champions Kansas City returning to defend their title in Super Bowl LV, which will be held at Tampa’s Raymond James Stadium in February.

If Brady, a Northern California native who grew up idolizing Montana, can keep the Bucs on track, he will have the chance to do something that has never been done before – win the Super Bowl on his team’s home field.

“That would be crazy for Tampa,” Montana said.

Montana almost did it when the 49ers won it all in 1985, but San Francisco’s Candlestick Park was deemed too small to host the championship game and it was instead played at nearby Stanford Stadium.

Regardless of who plays in the Super Bowl, Montana said it was good to see sports return after being derailed by the coronavirus pandemic, even with limited or no fans in attendance.

“There’s a certain meaning to sports in this country and the way it makes people feel,” said Montana, who has helped raise money for COVID-19 relief efforts.

“You can forget about all the other things that are going on around you and pull for your team,” he said.

“You can see a definite uptick in people’s mentality and how they approach their day to day lives when they know they have something to look forward to,” he said.

“Even if it’s just in their living rooms.”