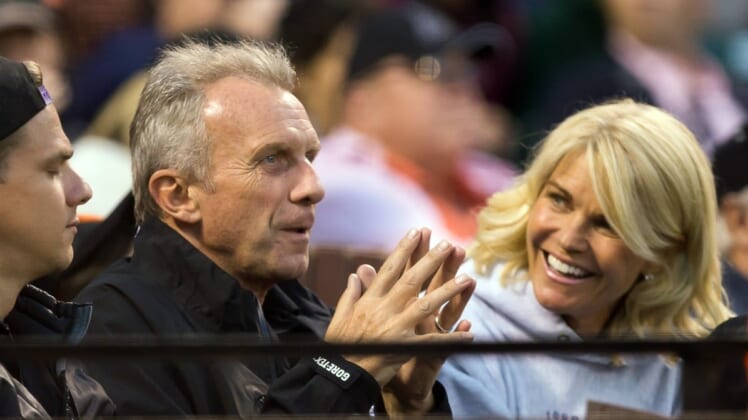 As if that notion weren’t laughable enough on its own, the explanation Carr gave to back up the assertion is even worse. Per Carr, the reason Montana isn’t one of the GOATs is that he landed in a perfect situation with “genius” coach Bill Walsh.

Check out the entire ridiculous argument below:

By Carr’s logic, that must mean Jerry Rice isn’t the best receiver of all-time, right? Because of Walsh’s “genius” system.

Back to Montana, the guy’s resume speaks for itself. In addition to his postseason prowess, he made eight Pro Bowls and was voted to three First-team All-Pro squads, finishing his career with 40,551 yards and 273 touchdowns passing.

Needless to say, we’re going to go ahead and give Carr a big thumbs down on this one.