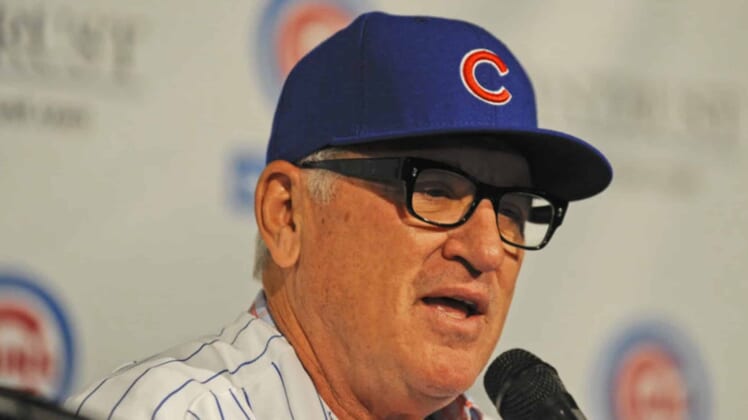 Chicago Cubs manager Joe Maddon certainly has a unique way of doing things. We’ve seen this for years, yet every once in a while he offers something new that once again illustrates how he dances to his own beat.

On Sunday, the Cubs blew a huge lead late in their game against the Cincinnati Reds. Crazy enough, the Reds’ comeback began when a relief pitcher hit a pinch-hit home run in the fifth inning, down 5-0 at the time.

With that loss, Chicago suffered the first four-game sweep at the hands of Cincinnati in well over three decades.

Not only that, but this was a particularly ugly series all around for the Cubbies.

The Cubs allowed 6+ runs in each game of their 4-game sweep at the hands of the Reds, their first time doing so against any team since June 22-25, 1970 during a 5-game series against the Mets. pic.twitter.com/0RhcVnPZPz

Yet after the game as the team prepared to hit the road, Maddon and his coaches were spotted wearing “wacky bib overalls,” according to Gordon Wittenmeyer of the Chicago Sun-Times.

When asked about the motivation for doing such a thing in the light of the four-game sweep, Maddon replied by saying, “This was pre-planned. You still eat. You still sleep. You still pet your puppy and move on.”

Now, where did that puppy run off to?