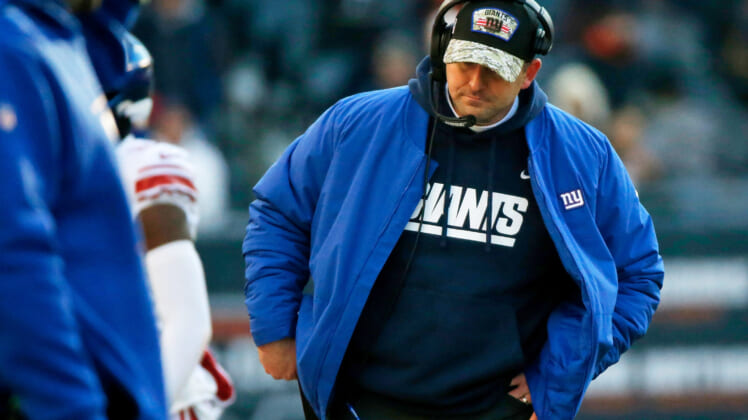 Joe Judge and the New York Giants were defeated at home by the Washington Football Team Sunday afternoon to close up shop on what was a disastrous 2021 season.

New York lost by the score of 22-7, finishing with a 4-13 record in the process. An inept offense coupled with some questionable coaching led to the Giants’ worst finish since 2017 and second-worst record since all the way back in 1974.

Despite this, reports heading into the season finale indicated that Joe Judge’s job is safe after he posted a 10-33 record in his first two seasons with the team. That might no longer be the case.

Fox Sports NFL insider Jay Glazer (h/t Zack Rosenblatt of NJ.com) reported Sunday evening that he’s now about 25% sure Judge will keep his job. That stood at 50% earlier on Sunday.

The fact that Judge’s job was considered safe heading into Week 18 seemed to represent smoke more than anything else. That’s especially true given general manager David Gettleman appears to be out of a job.

They should. It’s that simple.

Heading into Sunday’s season finale against Washington, New York had lost five consecutive games. That span saw the team put up a total of 49 points. The Giants followed this up by registering seven points, 177 yards and 10 first downs against Washington.

These Giants finished the season ranked 31st in total offense (287.3 yards) and 31st in points scored (15.2). Remember, this unit was also 31st in yards and points score in Judge’s first season back in 2020.

There’s been absolutely no progression from the Giants under the former New England Patriots special teams coordinator. In fact, Judge seemed to be in over his head right out of the gate.

Add in the presence of a ton of qualified candidates to replace Joe Judge, and there are solid options out here for the Giants. In reality, a full-scale rebuild needs to be in the cards in Jersey.