Joe Gibbs Racing had a balanced yet successful 2021 season, but they came up just short of the title again. Here's a deep dive into the organization's season.

Joe Gibbs Racing’s 2021 season was statistically close to their 2020 season when the checkered flag waved at Phoenix Raceway last month. However, there was a slight improvement in many areas.

Here’s a deep dive into Joe Gibbs Racing’s performance on the track.

Every Joe Gibbs driver ended the 2021 season with a victory, which was not the case last year when only three drivers won a race. However, the leading driver (Martin Truex, Jr.) won three fewer races than last year’s leading driver (Denny Hamlin).

There was more balance shown between all four drivers overall this season. This is an improvement since it’s better to have a fully strong stable instead of three good cars and one subpar car.

Joe Gibbs Racing had one more driver in the Championship 4 compared to last season. It was the fifth time in the last six years that two or more drivers from the organization made the final round of the NASCAR playoffs.

While there were many similarities between the two seasons, it was a better year for the team overall. 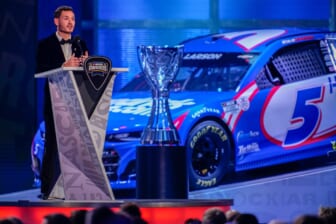 A season breakdown for each Joe Gibbs Racing driver

Martin Truex, Jr. finished the season with four wins, 13 top-5 finishes, 20 top-10 finishes, and a 12.0 average finish. It was the third time in the last four seasons that Truex finished second in the point standings.

Truex’s first victory came at Phoenix Raceway in the Spring before winning a few weeks later at Martinsville Speedway. Then, the 41-year-old driver won at Darlington Raceway for the third time in 12 races.

Despite struggles throughout the summer, Truex came back and won at Richmond Raceway. This led to Truex going into Phoenix at a chance for the championship before falling short to Kyle Larson and his historic year.

Denny Hamlin completed the season with two wins, 19 top-5 finishes, 25 top-10 finishes, and an 8.4 average finish. Hamlin finished third in the standings and in the top-4 positions for the third straight season.

Hamlin surprisingly went winless until the playoffs began where he won at Darlington Raceway. His next victory came at Las Vegas Motor Speedway for his final win of the year. It was surprising due to Hamlin winning 13 races in the previous two years.

The 41-year-old driver made it to the Championship 4 but came short again. Even though Hamlin couldn’t win the title, there’s still hope that he could come back and have a stellar season to silence the haters in 2022. 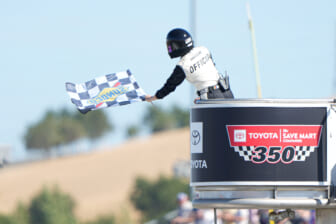 Kyle Busch ended the season with two wins, 14 top-5 finishes, 22 top-10 finishes, and a 12.8 average finish. It was another tough year for Busch which could be contributed to the package used at intermediate tracks.

Busch won his first race at Kansas Speedway in a wild finish and then brought home his final victory at Pocono Raceway after an intense fuel-mileage race. However, it would result in an exit during the Round of 8.

There is more to accomplish for the 36-year-old driver and a new package could help bring back his dominance of the past. With possibly more horsepower coming next season, it could be a great bounce-back year for Busch.

Christopher Bell finished the season with one win, seven top-5 finishes, 16 top-10 finishes, and a 15.8 average finish. Bell finished 12th in the standings and showed major improvement over the course of the season.

Bell pulled off a stunner at the Daytona Road Course to begin the year since road courses were not known to be his forte. However, he would contend at a few other tracks, such as New Hampshire Motor Speedway and Talladega Superspeedway.

The 27-year-old driver had a stellar playoff and at one point had the longest top-10 finishing streak with four straight races. There’s a lot to look forward to for Bell as he enters his second year with Joe Gibbs Racing.

What does the future hold for Joe Gibbs Racing?

Joe Gibbs Racing has a veteran core with a young star in the making with Bell. Even though the 2021 season didn’t bring the desired results, there’s much to look forward to next year.

Hamlin, Truex, Busch, and Bell should all be better with the new car since it is harder to handle. With potential off-throttle time in the corner, driver talent will be more noticeable than in previous seasons.

The three veteran drivers should be in the best position to contend for a championship in 2022 with the end of their careers at least in the distant view. This places Bell as the future leader and next champion at Joe Gibbs Racing.

Ty Gibbs and Chandler Smith are not too far behind Bell and will reach the NASCAR Cup Series within the next three to four seasons. While there will be a changing of the guard soon, the short-term future looks very bright in terms of competing for a championship. 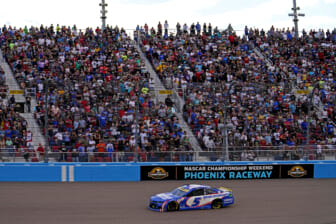