Joe Flacco back at practice for Ravens, just in time for Week 1 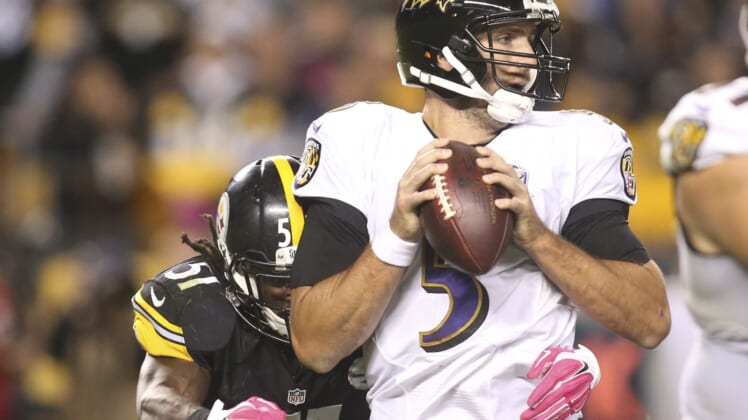 The Baltimore Ravens welcomed Joe Flacco back to practice on Saturday, a week ahead of next Sunday’s Week 1 game against the Cincinnati Bengals.

QB 1 is back at practice. pic.twitter.com/0NccRRu5CD

Flacco has been out of commission since late July when he was diagnosed with a mild back injury. The team’s offense has suffered badly without its starting quarterback, with backup Ryan Mallett putting on a clinic of what not to do as an NFL quarterback.

Baltimore has suffered through a rash of injuries this summer and will go nowhere fast if Flacco isn’t starting this year. Hopefully Saturday marks the turning point for him, and for a Baltimore squad that hasn’t been to the playoffs in a couple of seasons.