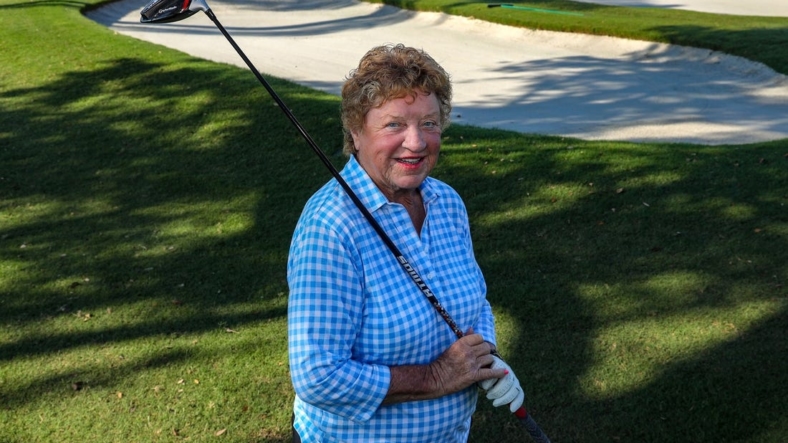 World Golf Hall of Famer JoAnne Carner shot her age — 83 — during Thursday’s first round of the U.S. Senior Women’s Open at Kettering, Ohio.

It marks the fourth time Carner has shot her age in this event, including twice last year.

“Oh, I loved that,” Carner said. “You know, it’s nice not to get skunked, as we say, and make one birdie. I had an opportunity on the next hole, too.”

Pat Hurst, 53, was impressed that Carner is still able to tee it up and play.

Tammie Green holds the lead with a 5-under 68. Leta Lindley and Sweden’s Catrin Nilsmark are one shot back.

Legendary Annika Sorenstam of Sweden is tied for 10th at even-par 73.