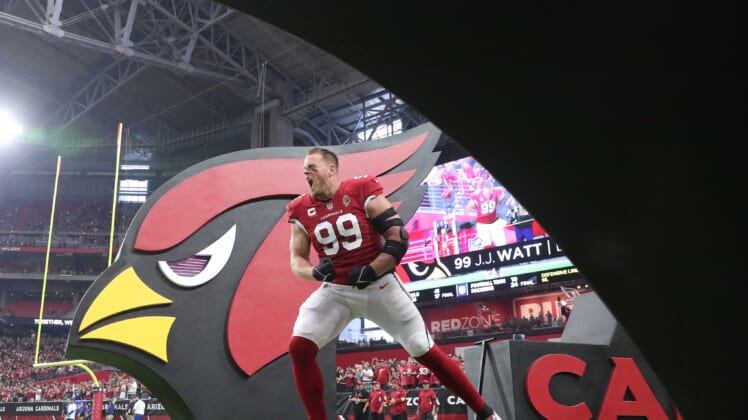 Arizona Cardinals defensive lineman JJ Watt is returning to the field on Monday Night Football. But before he faces the Los Angeles Rams in the NFL Wild Card round, the future Hall of Famer welcomed himself back with a hype video.

Watt tore his labrum, rotator cuff and bicep in a Week 7 victory against the Houston Texans, his former team. Immediately after the injury, the Cardinals feared he would be lost for the entire season. But the 32-year-old made tremendous progress in his recovery, receiving clearance to return for the NFL playoffs.

Even if Watt isn’t playing at 100%, getting him back is huge for Arizona’s defense. While Chandler Jones remains an excellent edge rusher, this unit is significantly better at stopping the pass with both Watt and Jones playing.

Watt hasn’t played in months, but he still ranks second on the team in quarterback knockdowns (10) and is fourth in pressures (16). With his return, the Cardinals can feature Watt, Markus Golden (35 pressures, 11 sacks) and Jones (36 pressures, 10.5 sacks) at the same time.

It’s even more important against Los Angeles. The Rams were dominated by the San Francisco 49ers defensive line in Week 18, allowing Stafford to get hit 13 times with five sacks. Considering Stafford threw the second-most interceptions (seven) when pressured this season, Watt’s return could swing this matchup.