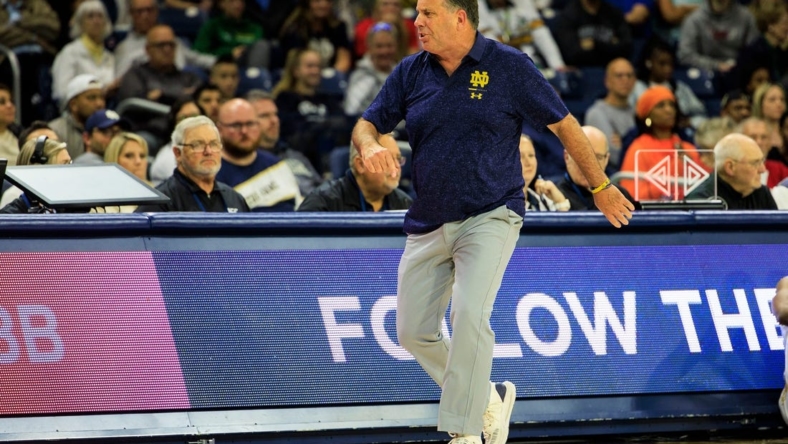 Freshman JJ Starling hit a pair of key 3-pointers late in the second half Sunday afternoon for host Notre Dame, which fended off an upset bid by Youngstown State to earn an 88-81 nonconference win in South Bend, Ind.

Youngstown State, which was picked to finish fifth in the Horizon League, had a quartet of narrow leads before Laszewski’s old-fashioned three-point play put Notre Dame ahead for good at 14-12 with 14:48 left in the first half.

The Fighting Irish led 43-36 at halftime and opened their biggest lead at 55-45 with 14:46 remaining before the Penguins mounted a 24-15 run in which they closed within one point twice, last on a pair of free throws by Cohill with 4:39 left.

Notre Dame scored the next six points to go up 76-69 with 3:05 left. Garrett Covington hit two free throws and John Lovelace Jr. scored a layup after he stole the ball from Goodwin to pull the Penguins within 76-73.

Starling — a consensus top-50 recruit as a high school senior — responded by hitting a corner 3-pointer with 2:01 left. Following a Youngstown State timeout, Cohill drove for a layup before Starling hit another 3-pointer, this one from the top of the key just before the shot clock expired, to extend the lead to seven again at 82-75 with 1:18 remaining.

Brandon Rush had a dunk on the other end for Youngstown State, but Wertz hit a layup near the end of the shot clock with 38 seconds left and Notre Dame led by at least seven the rest of the way.

Notre Dame has won all four meetings with Youngstown State in a series dating back to 1996.