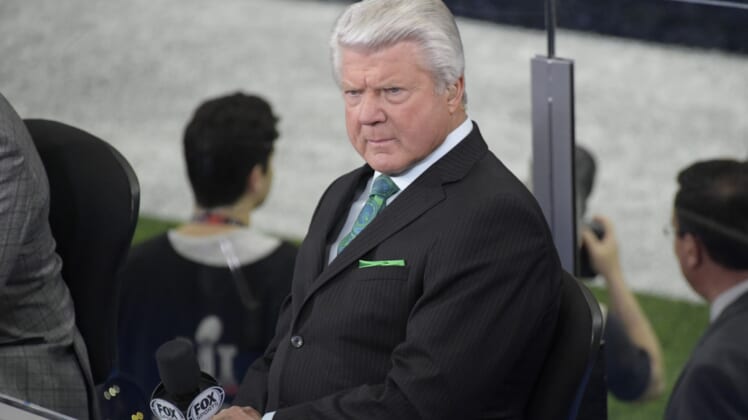 If any fans are hoping the Miami Dolphins efforts to tank and rebuild in 2019 will be just like the Dallas Cowboys turnaround from 1-15 in 1989 to sudden dynasty, former Cowboys and Dolphins head coach Jimmy Johnson is cautioning against it.

In an interview with The Sun-Sentinel, Johnson opened up about his experiences during the Cowboys’ 15-loss season and how the ’19 Dolphins can’t be compared to his ’89 Cowboys.

“People are wanting to compare them and tanking to what we did the first year in Dallas,’’ Johnson said, via The Sun-Sentinel. “That’s completely wrong.”

While Miami is stockpiling draft picks, including three first-round picks in the 2020 NFL Draft, Johnson emphasized that the focus should be on finding the right players rather than just having draft picks.

“The key is not getting draft picks,’’ Johnson said. “The key is picking the right players. There’s been plenty of teams with a bunch of draft picks. The Rams, when they traded Eric Dickerson, made a similar trade to what I had with Herschel. Didn’t do a thing with it.

Johnson did meet with the Dolphins, including head coach Brian Gaine and general manager Chris Grier, and talked about his experience during the rebuild and what he looked for in players.

Johnson shared that the five things he looks for when evaluating players are intelligence, playmaking ability, if they are a gym rat, speed with quickness and character.

He made it clear he wishes the best for the Dolphins and hopes they can eventually find the success that the Cowboys enjoyed with him, but success isn’t guaranteed and any comparisons to the Cowboys’ turnaround must be earned.