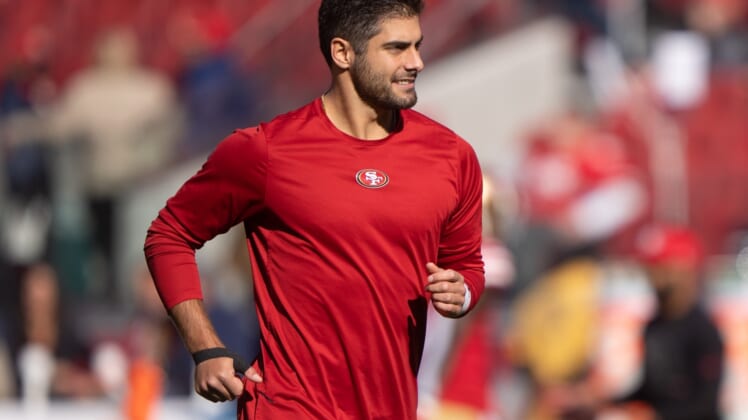 Jimmy Garoppolo is officially questionable for the regular-season finale against the Los Angeles Rams, but head coach Kyle Shanahan denied to name his starting quarterback for the game.

Rookie Trey Lance started last week with Garoppolo dealing with an injury to his right thumb that will require surgery. The victory puts the 49ers in position to reach the playoffs, but there are many variables in play.

There is also a chance left tackle Trent Williams, listed at questionable, will play in the game for the 49ers.

The Rams (12-4) lead the NFC West by a game over the Arizona Cardinals (11-5), while the 49ers (9-7) currently hold the second of three NFC wild-card spots. They can pull for the Atlanta Falcons to beat the New Orleans Saints (8-8) in an early afternoon kickoff before taking the field against the Rams. If the Saints lose, the 49ers are in.

Garoppolo has a partially torn ligament in his right thumb. He completed 15 of 19 passes for 182 yards and two touchdowns in a 31-10 home win over the Rams in Week 10.