Jimbo Fisher on FSU firing Willie Taggart: ‘I hate it for the program’ 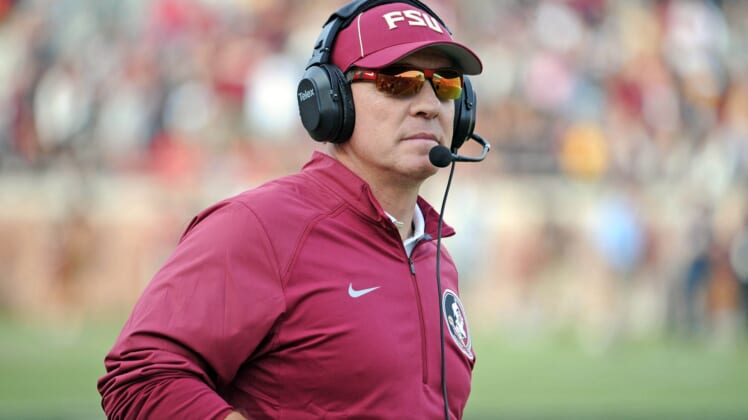 Jimbo Fisher left the Florida State football program high and dry in a stunning move that resulted in him taking the Texas A&M job during the 2017 season.

It has been completely downhill for the Seminoles since, leading to the recent firing of head coach Willie Taggart after less than two seasons.

Fisher opened up about said decision on Wednesday with a thoughtful quote.

“I hate it for the program, himself, the kids and everybody involved,” Fisher said, via Dallas News. “I wish him nothing but the best. I know they’ll do well. I wish the school the best, I wish Willie the best, and all those players. I still have a great fondness and love for Florida State and want them to do very well.”

It has been a pretty mighty fall from national prominence for Florida State since Fisher’s depature. The team has posted a 9-12 record and will likely miss bowl season for a second consecutive year.

Prior to this ugly stretch, the Noles had made a bowl game every season since 1981.

For his part, Fisher led Florida State to double-digit wins six times in eight seasons. That included a national championship in 2013.