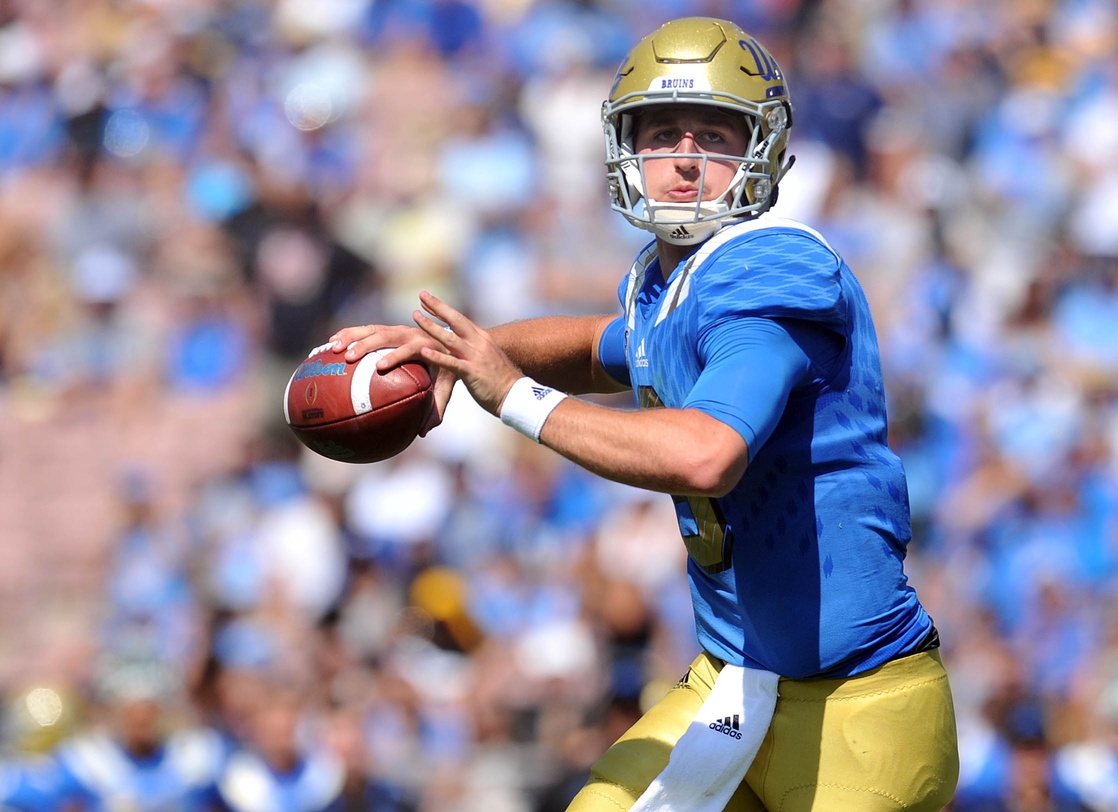 Jim Mora has never been shy with his praise for UCLA quarterback Josh Rosen, who is about to enter his sophomore campaign for the Bruins.

He has said many times in the past that Rosen is better than any quarterback that came out of the 2016 NFL Draft, and now he’s comparing him to future NFL Hall of Famer Peyton Manning.

“I’m not comparing him to Peyton Manning in the NFL,” Mora told Sports Illustrated. “But at this stage of his career — essentially the same point — he’s the same guy in terms of football intelligence and work ethic.”

You cannot possibly heap any higher praise on a 19-year-old kid.

Manning was always one of the most cerebral quarterbacks in the nation, from his high school, college and pro playing days. He also put as much, if not more time in the film room studying the game and more time on the practice field than anyone else in the nation at every level.

To compare Rosen to Manning on these counts is the ultimate compliment.

As a true freshman, Rosen predictably had his ups and downs. He finished the season having led the Bruins to an 8-5 record, completing 60 percent of his passes for 3,669 yards with 23 touchdowns and 11 interceptions.

UCLA fans should expect him to grow by leaps and bounds in the coming weeks, and NFL scouts are already drooling at his pro potential.