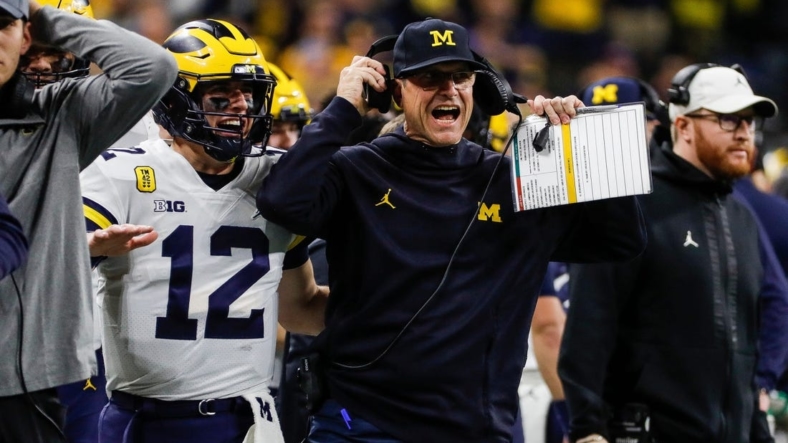 Jim Harbaugh is doing things by the book at Michigan.

In granting the Wolverines’ top two quarterbacks each a start to begin the regular season, Harbaugh delayed naming a No. 1 quarterback after considering biblical guidance.

Cade McNamara will start for No. 8 Michigan against Colorado State on Saturday. Sophomore J.J. McCarthy gets the nod Sept. 10 against Hawaii.

Harbaugh said both quarterbacks will play in each game.

“No person, that’s biblical, no person knows what the future holds,” Harbaugh said Monday. “It’s a process and it’s going to be based on performance, but we’re not going to withhold any good thing. Both have been tremendous quarterbacks. We think that both are capable of leading our team to a championship.”

McNamara was the starter for the Wolverines in 2021 on the way to Michigan’s outright conference championship and a spot in the College Football Playoff. Harbaugh said McNamara was “arguably one of the most improved players on the team” following a season in which he amassed 2,576 passing yards, 15 touchdowns and six interceptions.

McCarthy was a top-25 overall recruit but an injured throwing shoulder limited his availability this spring. He came off the bench to play in 11 games in 2021.

The quarterbacks made a decision difficult on the Wolverines’ coaching staff, Harbaugh said, adding he believes both are ready to lead the team to a championship if their number is called.

“Some people have asked, ‘How did you come to that decision? Was it based on some kind of NFL model?'” Harbaugh said. “No, it’s really based biblical. Solomon, he was known to be a pretty wise person.”