Stunning stats show how toothless Michigan has been under Jim Harbaugh 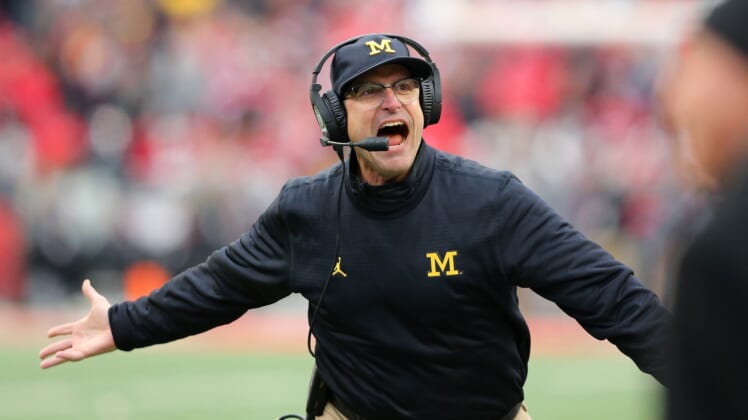 Jim Harbaugh and the Michigan Wolverines were utterly demolished on the road Saturday by Wisconsin, losing 35-14. Unfortunately, losses like this one have become all too predictable as Harbaugh has failed to get this program to excel in big games.

The Michigan faithful can tell you just how frustrating it’s been that Harbaugh has gone 0-4 against Ohio State since he signed on five years ago. Last year, he was the subject of scorn after the Buckeyes laid waste to the Wolverines in Urban Meyer’s final year at Ohio State.

But it’s not just the big losses to the rival Buckeyes that should rankle.

Kyle Rowland of the Toledo Blade shared some other stunning stats that show just how inept the Wolverines have been against top competition:

Michigan came into Week 4 ranked No. 11 in the nation, despite nearly getting beat at home by Army. Needless to say that ranking will plummet after Saturday’s embarrassing loss.

What’s also becoming pretty clear is that Harbaugh is sitting on a pretty hot seat. He was supposed to be the guy who would finally get the Wolverines back to glory. Instead, he’s failed at every turn to live up to that promise.