Jim Harbaugh Goes Shirtless at Camp, Doesn’t Pull It Off

In any event, first-year Michigan head football coach Jim Harbaugh attempted this look during a satellite camp in Alabama on Friday: 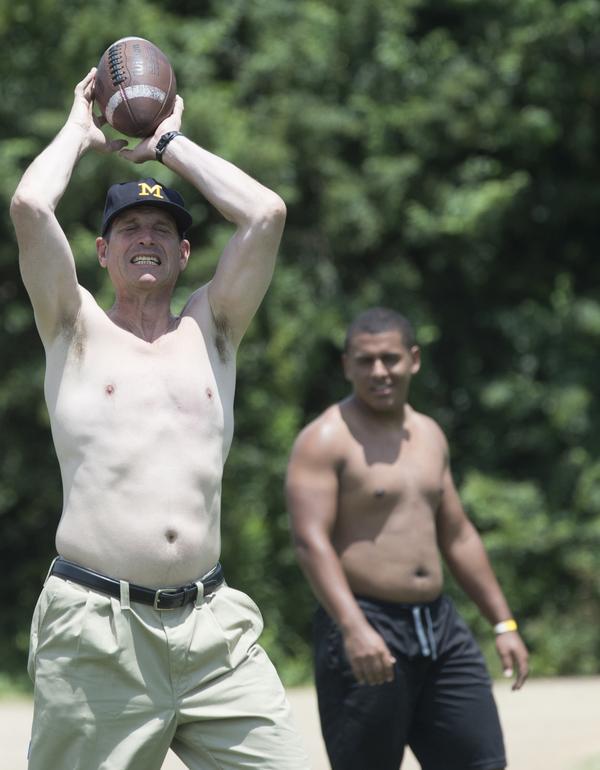 At the very least, Harbaugh kept the belt on. That could have turned awkward in the matter of minutes.

Here’s a video of the Michigan head coach attempting to pull this look off while displaying his athletic ability during the camp.

Overheard in Prattville: "Let's see Nick Saban do that." More video of Harbaugh running around without a shirt. pic.twitter.com/L7RorjW0iL

I guess it would have been rather uncomfortable if Harbaugh went with his sweatshirt and khaki look in Alabama during June.

Satellite camps have been somewhat of a controversy during the offseason, but Harbaugh’s antics might lighten things up a bit.

As a former NFL quarterback, Harbaugh doesn’t look too bad shirtless. I just hope this doesn’t start a trend moving forward. The last thing we need are dozens of middle-aged men going shirtless during practice on college campuses this summer and fall.