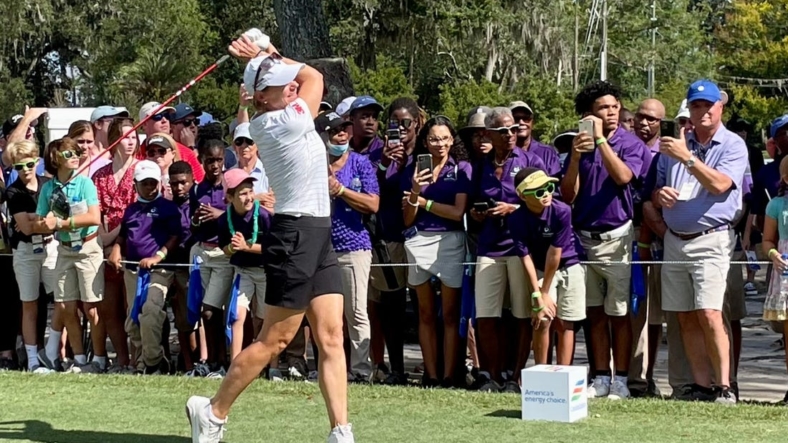 Jill McGill shot an even-par 73 on Sunday to finish at 3-under 289 and win the U.S. Senior Women’s Open at Kettering, Ohio by one shot over Leta Lindley.

McGill, who never won an LPGA event in 15 seasons on tour between 1996-2013, became the sixth person to win three different USGA Championships. The others are Arnold Palmer, Jack Nicklaus, Tiger Woods, JoAnne Carner and Carol Semple.

The victory earns the 50-year-old McGill automatic entry into the 2023 U.S. Women’s Open at Pebble Beach.

“I’ll have to set my schedule now,” McGill said of the exemption. “I look forward to it. That place is heaven on earth.”

McGill had four birdies and four bogeys while picking up the victory over Lindley (74). She had nervous moments down the stretch with bogeys on 17 and 18.

“I was disappointed with that bogey on 17. I tried not to focus on it,” McGill said. “All I could do was what I could do, and whatever everybody else was doing was what they were doing.”