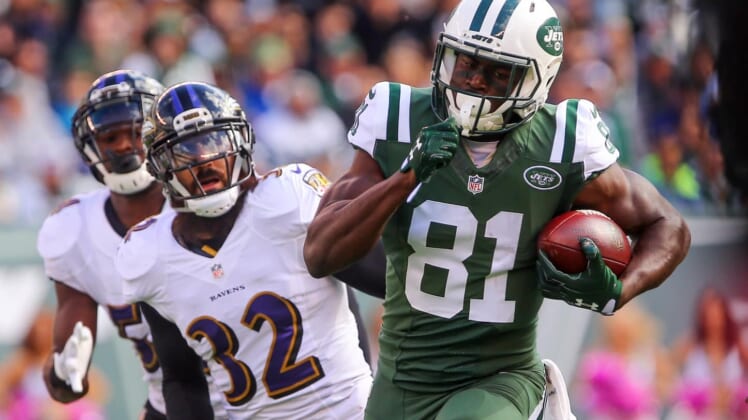 Something really is off within the New York Jets franchise right now. Following the entire Kelechi Osemele injury drama comes this piece of information from wide receiver Quincy Enunwa.

On injured reserve since suffering a neck injury in Week 1, Enunwa took to social media to absolutely blast the organization after he was fined $27,900 for missing treatment twice over the past week.

The thread itself is absolutely crazy, and paints the Jets in a horrible light.

“I missed those two days, because I took my VETERAN wife out for Veterans Day lunch and because I had to handle an emergency in my house,” Enunwa wrote. “I let the team know this after the fact, and yes, I should have told them beforehand, but I feel like this was excessive.”

Enunwa continued by explaining why he didn’t think missing conditioning while being on injured reserve was a big deal.

The entire thread can be read right here.

It’s hard not to feel bad for the Jets’ former leading receiver. He is not out here going all Antonio Brown on social media. He realizes the issues within the Jets’ organization right now.