Jets waiting until Wednesday to name QB for opener 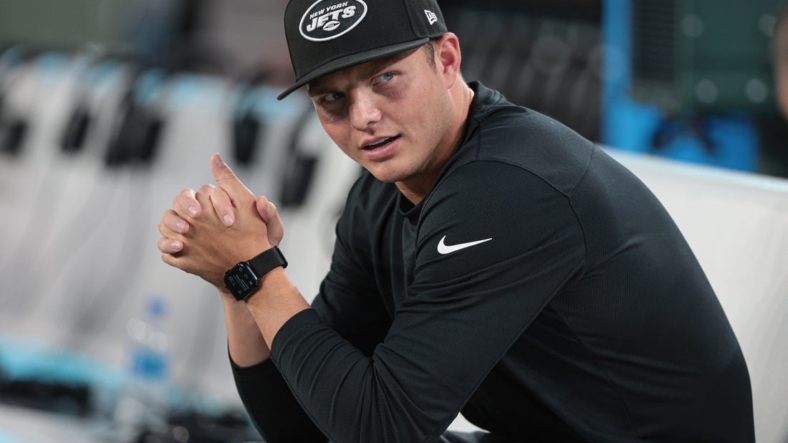 After Zach Wilson went through a workout Monday morning, Saleh said the Jets will see how his surgically-repaired right knee responds.

If Wilson can’t go, backup Joe Flacco will be under center Sunday against his former team when the Jets host the Baltimore Ravens.

Wilson, 23, had arthroscopic surgery on Aug. 16 after sustaining a meniscus tear and a bone bruise on a non-contact injury in the Aug. 12 preseason opener against the Philadelphia Eagles.

Wilson, the No. 2 pick in the 2021 draft, missed time last season with a torn PCL in the same knee. He was 3-10 as a starter with nine touchdowns and 11 interceptions.

Flacco, 37, won 96 regular season games and a Super Bowl championship over 11 seasons with the Ravens (2008-18). He passed for 338 yards, three touchdowns and no interceptions in two games last season with the Jets.