The return of Broadway Joe Flacco is not the type of hit the New York Jets were looking for entering the 10th game of the 2021 regular season.

Quarterback intrigue was supposed to be surrounding the Miami Dolphins this week, not the New York Jets, in the runup to their game in East Rutherford, N.J.

Instead, it seems the drama is taking place in the Northeast, not down South.

Miami’s Tua Tagovailoa, pressed into service as the emergency quarterback in the Dolphins’ 22-10 win over Baltimore on Thursday night, said the fractured middle finger on his left (throwing) hand is doing just fine.

“It feels good,” Tagovailoa said after practice Wednesday during his weekly media availability. “Obviously there’s still healing that’s taking place, but other than that, it’s fine.”

Tagovailoa came off the bench to guide the Dolphins (3-7) to the victory after starter Jacoby Brissett was forced to leave the game because of a knee injury. Yet Tagovailoa, the original starter prior to the injury, will now reclaim his job with no medical restrictions, he believes.

“I don’t think there are going to be any limitations for Sunday with the finger,” he said. “It feels good at this point.”

Despite the injury, Tagovailoa connected on deep passes of 35 and 64 yards and Miami pulled away from Baltimore in the second half. Miami coach Brian Flores said Brissett is well enough to be the backup against New York on Sunday. 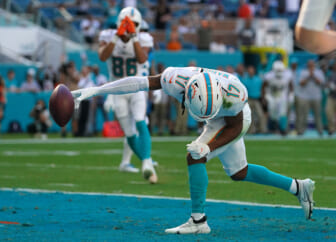 The Jets (2-7) are still at least one week away from seeing their hoped-for franchise quarterback, Zach Wilson, return to action. Wilson has returned to practice on a limited basis but still is hasn’t been cleared to play as he recovers from a sprained PCL in his right knee suffered in a loss at New England on Oct. 24.

Third-year pro Mike White, who had started the previous three games in Wilson’s absence, has been benched and, in a surprise move, Jets coach Robert Saleh announced Wednesday that Flacco will start against Miami.

“This is kind of why we brought in a guy like Joe,” Saleh said, “for situations like this and his experience to play systems of Miami’s caliber.”

Flacco was reacquired by the Jets in a trade with Philadelphia on Oct. 25, one day after Wilson was injured. It will mark Flacco’s first start since Nov. 22, 2020, in the Jets’ 34-28 loss against the Los Angeles Chargers. 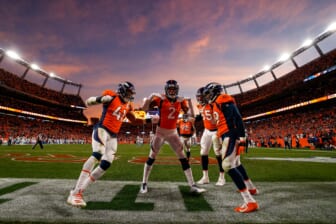 White threw four interceptions in a 45-17 loss to Buffalo last week, two weeks after his historic first NFL start in which he threw for 405 yards in a victory over Cincinnati.

“He’s been a good player in this league for a long time,” Miami coach Brian Flores said when the news of Flacco starting was relayed to him. “(He’s) smart, experienced. He’s going to try to get the ball to their go-to guys. It will be a challenge for us.”

Of course, the immobile Flacco won’t test the Dolphins’ defense the way Baltimore’s Lamar Jackson did the week before, when Miami limited him to 39 yards on 11 rushing attempts.

The Jets’ defense is ranked last in the NFL, and although Tagovailoa said the requisite nice things about them, he noted that against Baltimore, “A lot of the shifting we did against the Ravens kind of put them in a bind, if you will, just because it forces communication defensively. … That kind of helped open up a lot of the deeper routes.”

The Jets have been vulnerable to misdirection and gadget plays. 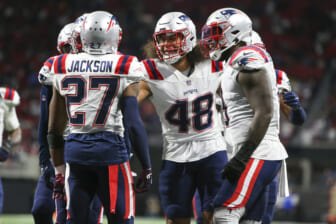