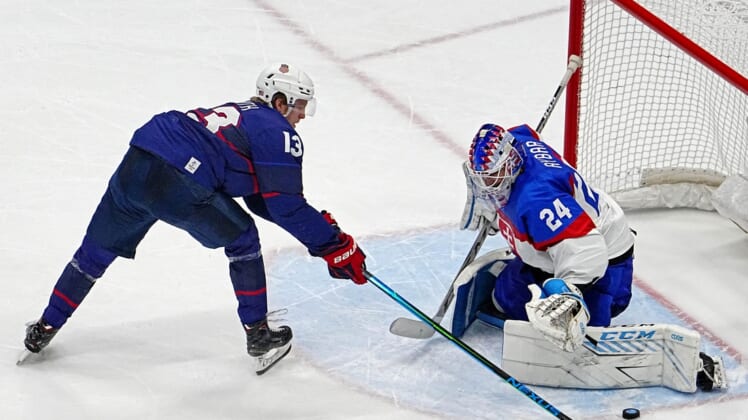 The Arizona Coyotes acquired the rights to center Nathan Smith and the contract of forward Bryan Little from the Winnipeg Jets in exchange for a 2022 fourth-round draft choice on Monday.

“We are excited to acquire Nate,” general manager Bill Armstrong said. “He is a very skilled two-way center who is relentless and competes hard every night. We are very happy to acquire his rights and look forward to him joining the Coyotes organization.”

The Jets selected Smith, now 23, with the No. 91 overall pick in the 2018 draft. He plays at Minnesota State and is a finalist for the Hobey Baker Award, which signifies the top college player.

He’ll join Minnesota State, a No. 1 seed, in the first round of the NCAA Tournament on Thursday against Harvard. Smith also represented the United States at the 2022 Winter Olympics in Beijing, scoring two points (one goal, one assist).

Little, 34, hasn’t played in the NHL since Nov. 5, 2019, when he was struck in the side of the head by a shot. He underwent surgery to repair a perforated eardrum 13 months ago.

He was selected No. 12 overall by the Atlanta Thrashers in 2006, before they moved to Winnipeg and became the Jets.