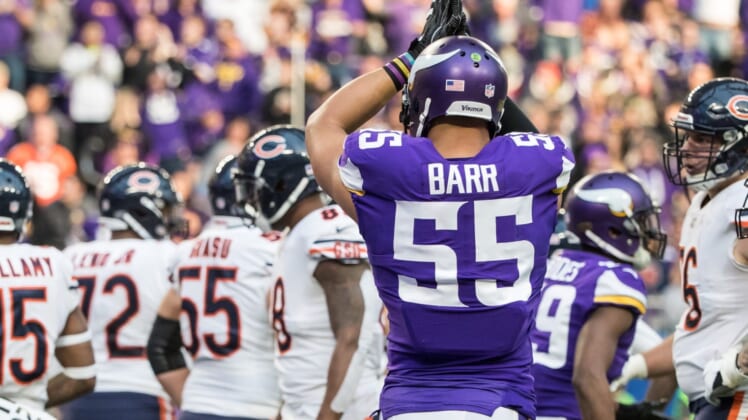 The New York Jets made some minor moves earlier on Monday, including the signing of slot receiver Jamison Crowder from the Washington Redskins.

Though, with north of $80 million to spend in free agency, Jets fans were hoping for that big time splash.

They got that and a whole lot more Monday evening. According to ESPN’s Adam Schefter, the Jets will sign four-time Pro Bowl linebacker Anthony Barr away from the Minnesota Vikings.

Former Vikings’ LB Anthony Barr intends to sign with the NY Jets, per league source. Jets get a pass rusher.

This is an absolutely huge get for general manager Mike Maccagnan. Barr, 26, has earned a Pro Bowl spot in Minnesota each of the past four seasons.

Barr has continued to grade out as one of the best pass-rushing 4-3 outside linebackers in the NFL. His market heading into free agency was purely as a pass rusher — something he did in a part-time role with the Vikings.

Given that Barr will now be doing his thing as a pure pass rusher in the Jets’ 3-4 scheme, we’re expecting big things from him.

The terms of the deal are not yet known.