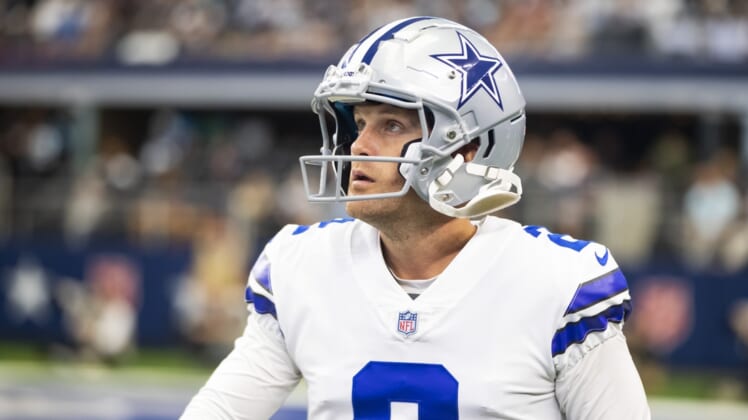 The New York Jets announced the signing of veteran kicker Greg Zuerlein on Saturday. Terms were not disclosed.

He spent the past two seasons with the Dallas Cowboys after eight years with the St. Louis/Los Angeles Rams.

Matt Ammendola and Eddy Pineiro made a combined 21 field goals for the Jets in 2021. Only the Seattle Seahawks (17) and Cleveland Browns (16) had fewer.

Zuerlein’s signing sets up a potential kicker battle this offseason as Pineiro, a restricted free agent, received a $2.43 million contract tender from the Jets earlier this month.