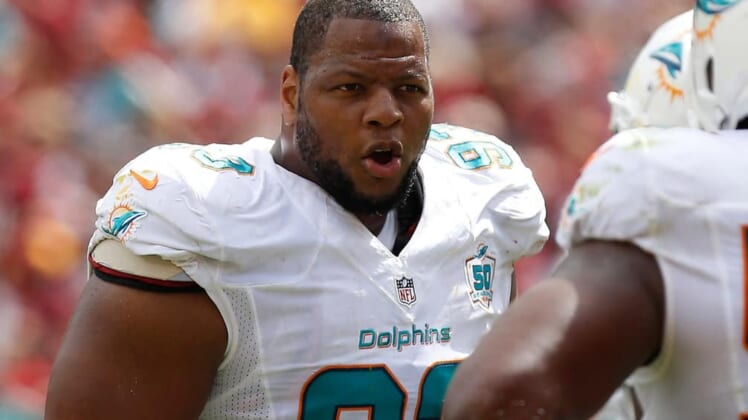 He would not get into the specifics about why the offer was pulled, but it’s clear that Suh will be signing elsewhere in 2018.

Jets CEO Christopher Johnson on why team rescinded offer to Ndamukong Suh: “Our thinking just changed a bit.” Declines to be more specific. Johnson said he was part of decision-making process.

Prior to this bit of news, Suh was said to be deciding between the Jets, Tennessee Titans and Los Angeles Rams. Of those three teams, the Jets had the most to spend, by a long shot and were reportedly “serious” about their pursuit of the defensive tackle.

At this point it’s unclear if any other team has emerged as a serious suitor for Suh’s talents. If not, then it looks like he’ll be playing next season with the Rams or Titans, who both feature championship aspirations.

The three-time First-Team All-Pro and five-time Pro Bowler is still a very effective player. He was released by the Miami Dolphins for salary-cap reasons but has racked up 51.5 sacks in his eight-year career with the Detroit Lions and Miami.