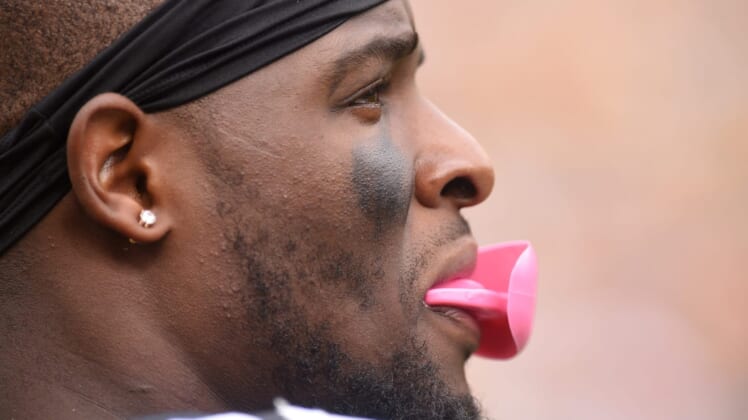 The first 12-plus hours of NFL’s legal free-agent tampering period came and went without All-Pro running back Le’Veon Bell landing with a new team.

Bell has long been considered the best all-around player to hit the open market. But after sitting out last season in Pittsburgh, it doesn’t seem like said market is as robust as he’d like.

Earlier on Monday it was noted that the San Francisco 49ers had joined the sweepstakes for Bell. While he’d be a great fit in Kyle Shanahan’s system, the presence of Jerick McKinnon in San Francisco and Matt Breida’s stellar 2018 campaign makes that unlikely.

Now, according to Connor Hughes of The Athletic, the New York Jets remain the clear favorites to land Bell without another team acting as a clear No. 2 option. Hughes also noted that Bell’s market just isn’t that strong.

Credit Le’Veon Bell’s side for keeping his client’s intentions hidden, but those around league continue to tell me the #Jets are the favorite for to sign him without a clear No. 2. His market isn’t as robust as originally believed.

To be clear. Bell would be an absolutely tremendous fit with young quarterback Sam Darnold. New York also has the cap room to land him, even after signing linebacker Anthony Barr.

For his part, Bell sent out a cryptic tweet noting that he has a ton of options in free agency. That could be his way of upping any potential offer from the Jets. San Francisco’s reported interest in Bell could be of the same vein.