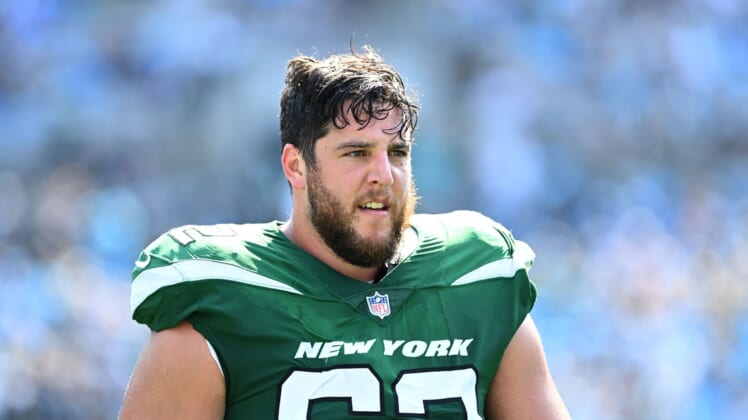 The move came one day after the Jets claimed guard Nate Herbig off waivers from the Philadelphia Eagles.

Herbig, 23, appeared in 33 games with 17 starts over the past three seasons with the Eagles.

The Jets’ projected starters at guard are 2021 first-round pick Alijah Vera-Tucker on the right side and free-agent acquisition Laken Tomlinson on the left.