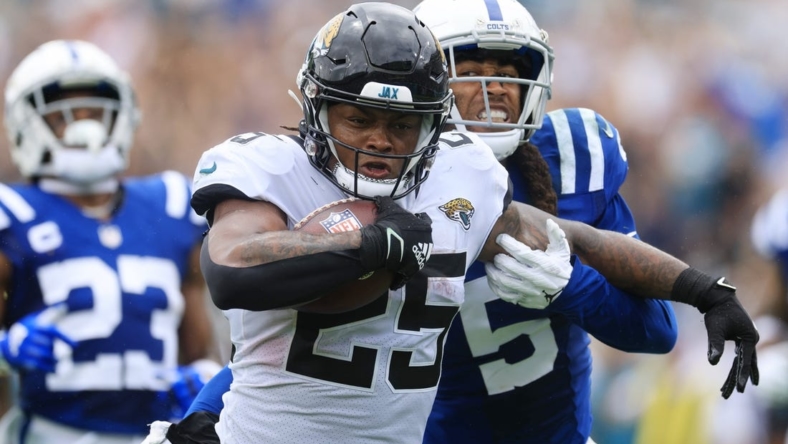 New York Jets running back James Robinson was added to the injury report as questionable to play in Sunday’s game against the visiting Buffalo Bills.

Robinson, who is nursing a knee injury, had five carries for 17 yards against the New England Patriots last Sunday in his first game since being acquired from the Jacksonville Jaguars prior to the NFL trade deadline. The Patriots won 22-17.

That trade came about on the heels of rookie Breece Hall’s season-ending ACL and meniscus injury in New York’s 16-9 win over the Denver Broncos on Oct. 23. Hall was having a breakout rookie season for the Jets, rushing for 463 yards and four touchdowns on 80 carries in seven games (two starts). He also had a receiving touchdown.

Michael Carter likely will receive a larger workload should Robinson be unable to play on Sunday in East Rutherford, N.J.

Robinson, 24, has 86 carries for 357 yards and three rushing touchdowns in eight games this season.