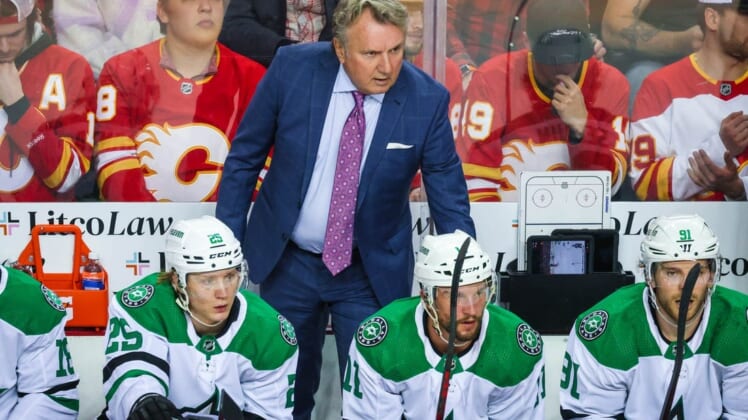 Bowness became the eighth head coach in franchise history and third since the team relocated to Winnipeg prior to the 2011-12 season. TSN reported Bowness signed a two-year deal worth $2.5 million per season.

“We’re very excited to hire Rick Bowness as the third head coach of Jets 2.0,” Jets general manager Kevin Cheveldayoff said. “Rick brings a wealth of experience and knowledge, both in the NHL coaching ranks and as a player and coach in the city of Winnipeg. Rick is a fantastic hockey mind and an even better person and we’re confident he will lead this team to new heights.”

The Jets reportedly were pursuing Barry Trotz for their coaching vacancy before turning their attention to Bowness, who stepped down as head coach of the Dallas Stars on May 20.

“I’m tremendously excited for the opportunity presented to me by Kevin Cheveldayoff, Mark Chipman and the ownership group to serve as the head coach of the Winnipeg Jets,” Bowness said. “It’s amazing that forty years after the original Jets gave me my first taste of coaching, I get to return to Manitoba to lead this talented group of players in front of such a passionate fan base.”

Interim coach Dave Lowry took over the Jets in December after coach Paul Maurice resigned 28 games into the season with a 13-10-5 record.

In 54 games as head coach, Lowry posted a 26-22-6 mark, and the Jets fell out of the playoff picture after three appearances in the past four years.

Bowness, 67, has been behind an NHL bench for a record 2,562 regular-season games as a head coach or an assistant.

He guided the Stars to a wild-card spot in the Western Conference this past season. Dallas, however, fell in seven games to the Calgary Flames in the first round.