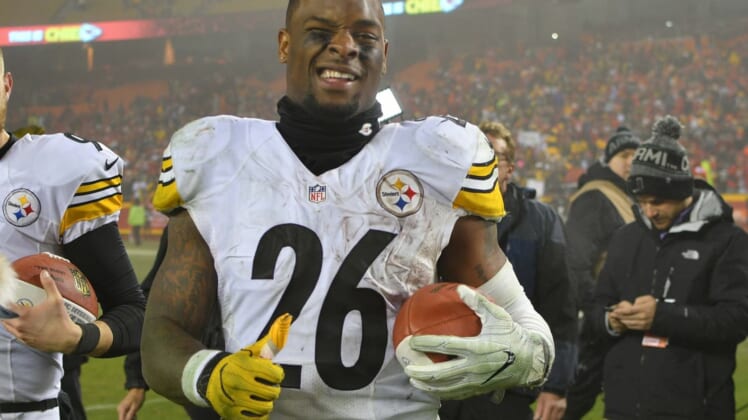 Le’Veon Bell officially did not sign his franchise tag with the Pittsburgh Steelers before the Tuesday deadline, meaning he will not play for any team in 2018.

The Steelers still own the rights to Bell until free agency opens up next March. But given these two sides have failed to come to an agreement in the past, it’s unlikely they will hammer out a deal before then.

With that in mind, oddsmakers have already picked the New York Jets as the team most likely to land the talented running back in 2019.

It makes perfect sense. New York is going to be flush with cap space next year and should be able to make Bell a financial deal that makes him happy. The Jets also need to surround quarterback Sam Darnold with playmakers, and Bell certainly fits that description.

The big reason to doubt he’d go to New York is that Bell might want to win while he makes bank, and the Jets aren’t going to be doing a ton of that next season. With that in mind, it makes little sense (if he’s interested in winning) that he’d end up in Oakland, or in Tampa Bay for that matter.

But the Philadelphia Eagles, Green Bay Packers and San Francisco 49ers are all very intriguing options, as are the Indianapolis Colts, Baltimore Ravens and Houston Texans.