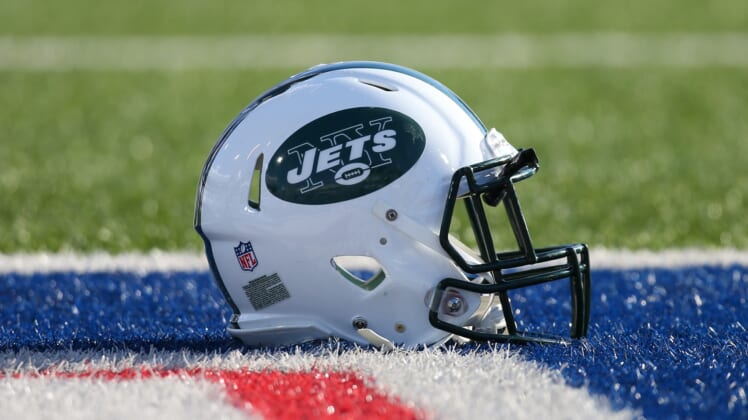 Find the latest New York Jets news, or swipe through 2020 checking out the franchise story so far. Expect breaking news, rumors, lists, reports, and much more. So bookmark this page now.

July 28, 2020: If the 2020 NFL season wasn’t going to be challenging enough for the New York Jets, the COVID-19 pandemic will create even more headaches. Amid the uncertainty of playing football during a health crisis, the Jets are discussing a plan that could save them from a disaster scenario.

Speaking to reporters on Tuesday, Jets head coach Adam Gase revealed the organization has talked about placing a quarterback in quarantine this season.

July 23, 2020: As New York Jets owner Woody Johnson comes under fire for allegations of using racist and sexist language, several of the team’s players are reportedly demanding change at the highest level.

According to Sportico’s Mike Freeman, Jets players are “boiling over” the recent scandal and the alleged language Johnson used as President Donald Trump’s ambassador to the United Kingdom. Furthermore, many players seem to want him out of the organization entirely.

According to CNN, Johnson was investigated by the State Department watchdog following allegations of using racist and sexist language in his role as ambassador. He is also facing accusations of using his government position to help President Donald Trump’s personal business benefit.

REPORT: Organization has ‘strong belief’ they won’t win with Gase

June 26, 2020: The New York Jets hired Adam Gase before the 2019 season hoping he could spark something within the organization and turn it into a winner. Just a year later, Gase seems to be burning bridges with star players and might have lost the organization’s faith in him.

Gase’s first season in New York started brutally with a 1-7 start and many fans immediately calling for his job. While the Jets managed to turn things around, finishing with a 7-9 record, the team greatly benefitted from a weak schedule and the offense struggled.

June 18, 2020: Things are deteriorating quickly between the New York Jets and All-Pro safety Jamal Adams. It was earlier on Wednesday that the former top-six pick suggested a divorce would make the most sense. That was followed up by Adams reportedly demanding a trade. This is obviously something the Jets don’t plan on doing.

Continue with the Jets news here.

June 12, 2020: The New York Jets have yet to work out a long-term deal with All-Pro safety and former top-10 pick Jamal Adams. In fact, things don’t seem to be trending in a positive direction between the two. That’s now been taken to a whole new level.

Reports surfaced earlier on Friday that the Cleveland Browns are in the midst of talking to star defensive end Myles Garrett about a contract that would make him one of the richest players in the game.

Selected a handful of spots after Garrett went No. 1 overall in the 2017 NFL Draft, Adams has made it clear he’s not happy with the Jets. He doubled down on that in response to the report that Garrett could get paid big time.

JETS NEWS: Flacco says he won’t be ready to play in Week 1

May 26, 2020: Joe Flacco underwent neck surgery in April. Recently signed with the New York Jets, the veteran quarterback revealed he won’t be physically ready to play right away.

Flacco was a guest on SiriusXM NFL Radio Tuesday and discussed his health. During the interview, he made it clear he won’t be able to play come Week 1.

May 19, 2020: The New York Jets showed signs of life last season. They won seven games and went 6-2 in the second half of the campaign. Looking ahead to the 2020 schedule, expectations are rising for the Jets. Can they take flight in 2020 and become a contender in the AFC? We’ve got some predictions.

It’s probably a make-or-break year for head coach Adam Gase. He was brought in to be the quarterback whisperer to young Sam Darnold. Now, they both have to live up to the hype and lead this team to a winning season.

JETS NEWS: Sam Darnold opens up about playing amid COVID-19

Per Rich Cimini of ESPN, Darnold said he trusts the authorities to “do their due diligence and make sure we’re safe coming back.”

Find out what else Sam Darnold said here.

May 10, 2020: Le’Veon Bell and the New York Jets never seemed like a match made in heaven. He and head coach Adam Gase have clashed. The run game was a mess last year. And the trade rumors have continued to swirl.

The Jets have publicly said they want Bell to remain on the roster. Bell has publicly said he wants to be with the Jets. But this relationship may be a lost cause.

May 10, 2020: There have been rumors swirling for over a year that the New York Jets could trade Jamal Adams. One of his teammates thinks that’s crazy.

The former No. 6 overall pick out of LSU was drafted to anchor the Jets defense. Since 2017, Adams has done just that. Yet the trade rumors have persisted.

Speaking about the trade rumors, Jets star linebacker C.J. Mosley said it would be “a crazy move,” per ESPN’s Rich Cimini.