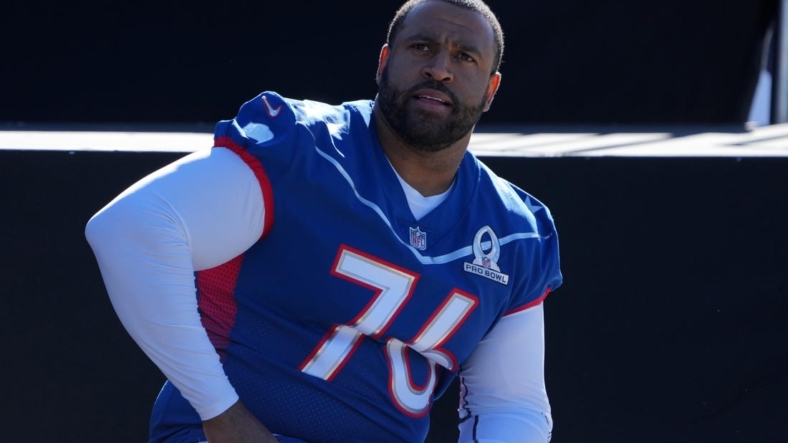 The Jets signed Brown, 37, on Aug. 11 after losing Mekhi Becton for the season with a fractured right kneecap.

Conor McDermott is listed as the No. 2 left tackle on New York’s depth chart, but he has been limited in practice this week with an ankle injury. Rookie Max Mitchell, a fourth-round draft pick, is another option.

Rolling out a patchwork offensive line against the Ravens is not an ideal situation with 37-year-old quarterback Joe Flacco under center. Flacco is starting against his former team because Zach Wilson is sidelined for at least three games with a knee injury.