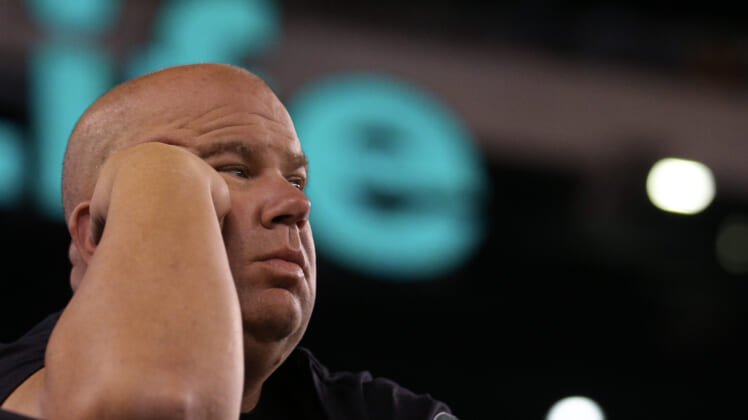 The highlights of the New York Jets’ first-half performance against the New England Patriots could have been played to Benny Hill music and no one would have noticed.

That’s how bad Adam Gase’s team as through two quarters against the defending champion Patriots Monday night in New Jersey.

Once the first 30 minutes ticked off, New York found itself down 24-0. It had been outgained by a total margin of 210-65. The comedy of errors included this horrible Sam Darnold interception and some questionable effort on another Darnold fumble.

Needless to say, fans at the Meadowlands let their team know just how they felt about this first-half performance.

For good reason. Fans decided to take over three hours of their Monday evening to attend this game. The least these Jets could do was actually show up for the opening kickoff.

New England drove down the field 78 yards on its first possession. The team’s defense then forced three Jets turnovers. The game was over from there.

Pathetic stuff from a team lead by an already-embattled head coach in Adam Gase.