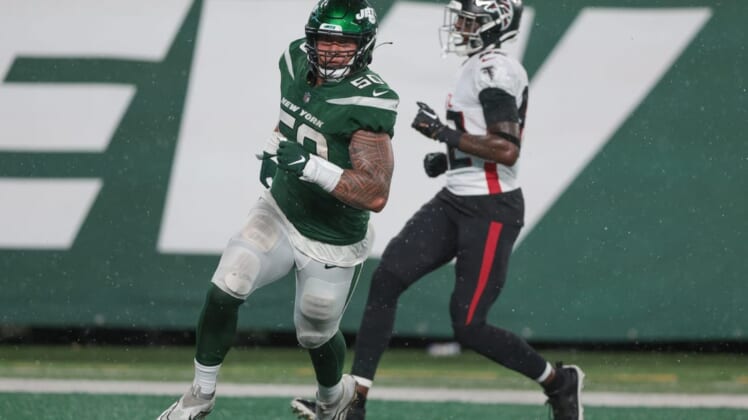 La’Mical Perine’s 7-yard touchdown run early in the fourth quarter put the Jets in front for good as New York rallied past the Atlanta Falcons 24-16 on Monday in a preseason game at East Rutherford, N.J.

The Jets, who trailed 16-0 in the final minute of the first half, added on when Bradlee Anae forced a fumble from Falcons quarterback Feleipe Franks, then picked up the loose ball and dashed for a 30-yard touchdown with 10:22 to go.

New York (2-0) got a 44-yard field goal from Greg Zuerlein as time expired in the opening half, then cut the deficit to 16-10 on Chris Streveler’s 34-yard touchdown pass to Lawrence Cager midway through the third quarter.

Atlanta (1-1) got a 13-yard scoring pass from Marcus Mariota to Olamide Zaccheaus as well as three field goals from Younghoe Koo. Mariota finished 6 of 10 for 132 yards.

With Jets quarterback Zach Wilson out due to a knee injury and with backup Joe Flacco sitting out, Mike White played the first two-plus quarters and went 12 of 17 for 90 yards.