Jets coach refusing to talk about his job security 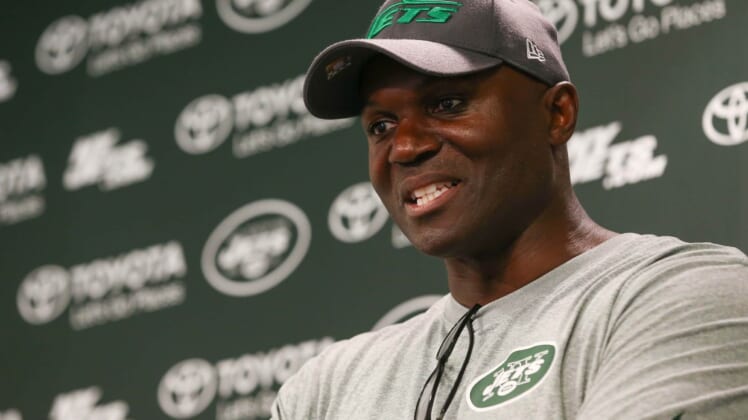 Todd Bowles probably won’t be the New York Jets coach much longer, but the fourth-year boss has no interest in discussing the future of his job.

According to ESPN’s Rich Cimini, Bowles told reporters he would not address the topic and declined to say whether he wants to return in 2019.

“Personally, I do not speak about my next job. I worry about tomorrow when Christmas comes and I worry about New England on Sunday. And I’ll go from there.”

The Jets enter the final week of the regular season holding a 4-11 record, potentially staring at the worst finish of the Bowles era.

During his first year at the helm in 2015, New York rattled off 10 wins. Though the Jets lost a wild-card tiebreaker, Bowles had brought a spark to the franchise.

However, that was as good as it would get. In both 2016 and 2017, New York mustered a 5-11 mark. The Jets could match that record this year if they pull off an upset Sunday against the New England Patriots or fall to 4-12 with a loss.

Win or lose, the Monday after the regular season — known as “Black Monday” in the NFL — will likely bring the official end of Bowles’ tenure.