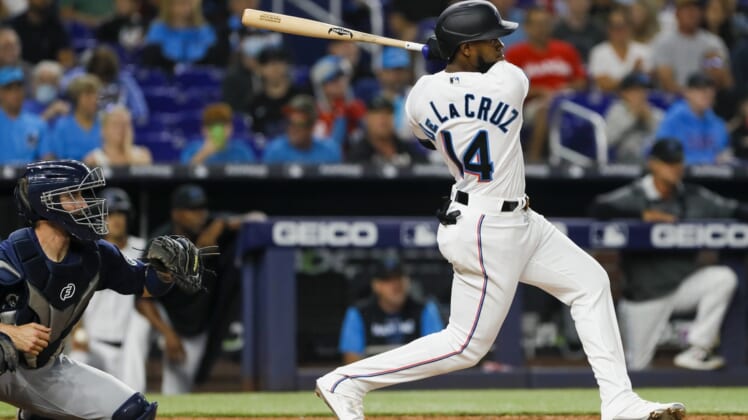 The Marlins, who have the longest active win streak in the National League, will try for a three-game sweep on Sunday.

Seattle, which has lost four straight games, was led by Dylan Moore, who got his first start since Tuesday and responded with his first homer of the year.

Luzardo (2-1) allowed just two hits, two walks and one run, striking out five. He lowered his ERA from 3.77 to 3.10 with his best performance of the season.

The Marlins got excellent relief pitching from Anthony Bass, Cole Sulser and Anthony Bender, who each posted one scoreless inning. Bender earned his sixth save of the year while working around two hits.

Jon Berti had the go-ahead single during Miami’s three-run fifth inning. Brian Anderson went 2-for-4 with a double. He scored Miami’s first run and had a busy game defensively — seven assists and three putouts.

The Marlins started nine right-handed hitters against Ray, a lefty.

Seattle opened the scoring in the third inning as Moore won an eight-pitch battle with Luzardo, pulling his 385-foot homer to left. Moore had fallen behind in the count, 1-2, but he stayed alive with two fouls and took two curves for balls before jumping on a fastball.

Miami took a 3-1 lead in the fifth. Anderson hit a leadoff double to left, went to third on Miguel Rojas’ flyout to right, and scored on Bryan De La Cruz’s single past a drawn-in infield.

The inning continued with a walk to Payton Henry and Berti’s RBI single. After Jesus Aguilera struck out, the Marlins drew two more walks, including one an RBI free pass to Garrett Cooper.

Ray finally got out of the 36-pitch inning by striking out Avisail Garcia.

In the ninth, with runners on the corners and two outs, Bender struck out Luis Torrens swinging at a high 0-2 slider.