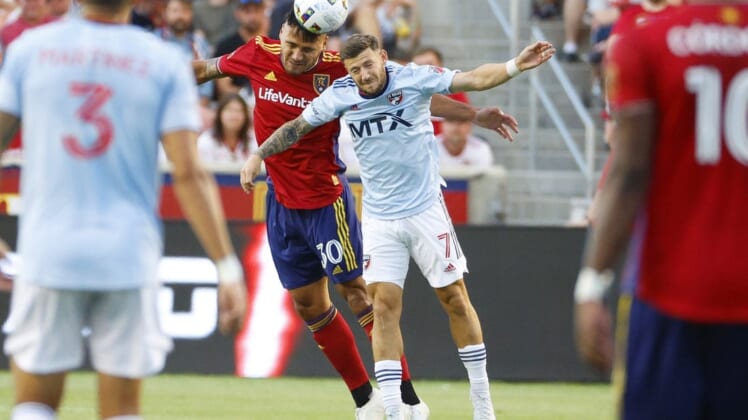 Jesus Ferreira scored a first-half goal and FC Dallas clamped down defensively over 90 minutes to edge Real Salt Lake for a 1-0 victory in Sandy, Utah, on Saturday night.

Dallas (8-6-8, 32 points) snapped a seven-game winless streak and earned its first victory since May. Maarten Paes earned his sixth clean sheet of the season after coming up with five saves. Dallas picked up its third road victory of the season.

Salt Lake (9-7-6, 33 points) dropped its first home match of the season. RSL notched seven wins and three draws in its first 10 home matches. The Utah club fell at home despite finishing with a 25-7 advantage in total shots and controlling possession nearly 70 percent of the time.

Ferreira’s strike was the lone shot on frame for Dallas. He put the Texas club on the board in the 14th minute. A turnover by Justin Meram led to Paxton Pomykal feeding the ball to Ferreira down the middle of the penalty area. Ferreira settled the ball and threaded a left-footer inside the left post.

Salt Lake created more scoring chances than Dallas before halftime, but had nothing to show for it. RSL went into the locker room with a 9-6 advantage in total shots and a 3-2 edge in shots on goal.

The Utah club’s best chance to get on the board came in the final minute of the first half. Aaron Herrera sent a cross to Andrew Brody on the left side of the 6-yard box. Brody’s snap down header was denied at the post by goalkeeper Paes.

Salt Lake did not get any closer to scoring after halftime. RSL held Dallas to a single shot over the final 45 minutes while generating 16 shots. Only two were on frame.