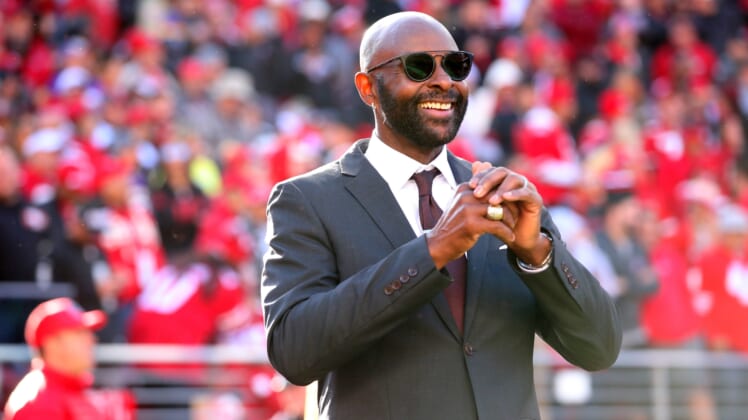 It’s been more than two decades since Jerry Rice warmed up with the San Francisco 49ers before the Super Bowl. The Hall of Famer is hoping he’ll get to turn back the clock and have some fun with his former team before Super Bowl LIV.

Rice, who warmed up with the 49ers in a full suit and tie before the NFC Championship Game, shared on Friday that he would like to do it again. While he’s not sure if security will let him on the field before the game, he will give it his best shot.

If Brown gets the opportunity to get loose with the team, he knows exactly which route he’ll run in his full suit.

Rice’s presence on the field before the matchup against the Green Bay Packers certainly seemed to spark the 49ers. The 57-year-old showed he has still got some sweet moves and can run clean routes.

We don’t think it would be wise for any NFL security to stop the league’s most accomplished receiver ever from being on the field. He’ll certainly be on it if the 49ers win the Super Bowl and it would be fitting if he handed the Lombardi Trophy to the team on the podium,