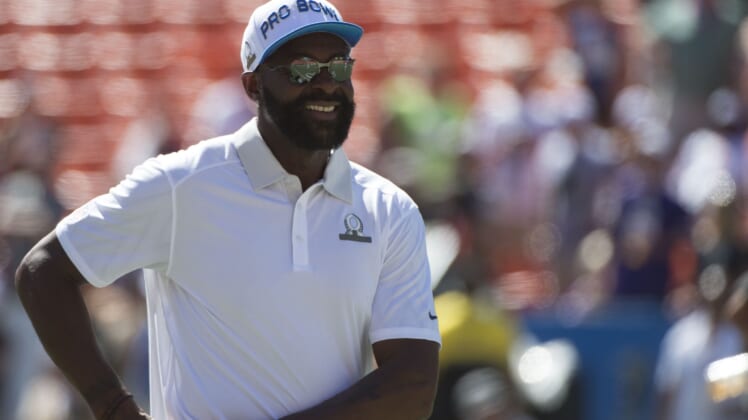 Jerry Rice is 55-years-old and last played in the NFL in 2004. But speaking on “The Adam Schefter Podcast,” the greatest receiver in NFL history noted that if the opportunity presented itself, he’d be back on the field. Specifically, Rice relayed a conversation he had with new (and his old) Oakland Raiders coach Jon Gruden.

The 55-year-old Jerry Rice on this week’s “The Adam Schefter Podcast”: pic.twitter.com/DSqMHIAcUO

For the record, the oldest player in NFL history was George Blanda. Interestingly enough, he also played for the Raiders, in 1975, at 48-years-old. By comparison, Rice will turn 56 during the 2018 season and would be playing one of the ultimate young man positions in the game.

Rice last played in 2004 for the Raiders and Seattle Seahawks. He actually played in 17 games that season, catching 30 passes for 429 yards. Excluding 1997 (when injuries kept him out for all but two games), those were both career lows.

So, we’re certainly not expecting to see it happen. But if Gruden finds himself needing a veteran receiver, he knows at least one person to call.