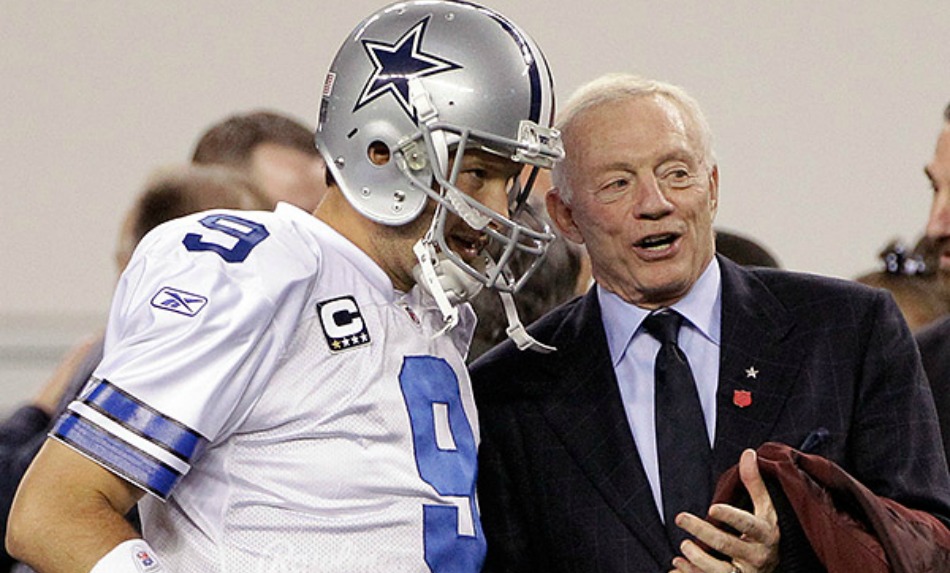 Jerry Jones may not have his eye on a quarterback at No. 4 overall this year when the Dallas Cowboys make their pick in the 2016 NFL Draft. The outspoken owner made it clear Saturday at the NFL Scouting Combine that Tony Romo is still his guy with an “unequivocal” statement, via David Helman of the team’s official website.

Jerry Jones: the one unequivocal fact about the lead up to this draft is that I believe Tony Romo will be our QB for 4-5 more years.

Jones’ statement doesn’t preclude the team’s intention to avoid taking a quarterback in the first round, but it certainly leaves the door wide open when it comes to options — both in terms of picking the best player on the board and potentially being open to trade partners.

When healthy, Romo makes the Cowboys a Super Bowl contender. The quarterback is reportedly opting for surgery to reinforce the collarbone that has given him trouble now three times in his NFL career. He recently said his back, which was also a big issue recently, is “as strong as it’s been in three-to-four years.”

So, it’s not surprising that Jones believes Romo will be his quarterback for another half-decade. Both parties want that, and they both know if it’s Romo’s body can hold up that long, they have a shot at winning championships.

As it pertains to this year’s draft, though, Jones would be smart to listen to reason. If you know you have a starter for another handful of years but see a guy worth grooming like Wentz, who could need some bench time before he’s ready for the NFL game, then you take him.

Jones is an insufferable optimist, though. So he might not see the need to bank on the future when he can win right now.