Jerry Jones on Ezekiel Elliott: ‘We’ll have him on the field’ 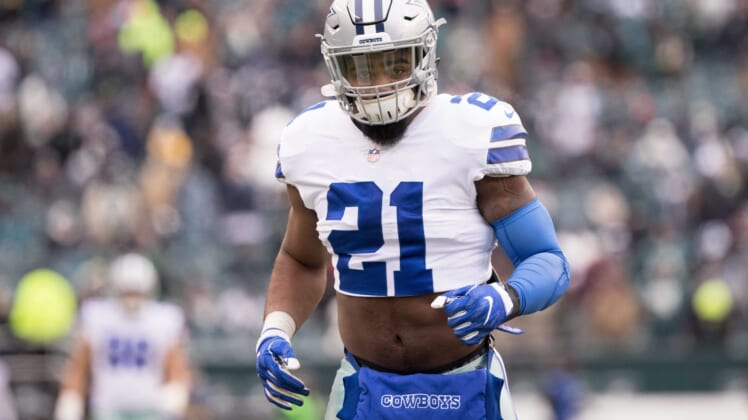 The Dallas Cowboys and holdout running back Ezekiel Elliott appear to be at a breaking point. The All-Pro performer remains away from the team on the eve of its preseason finale Thursday with time running out before Week 1.

A previous report earlier this week indicated that the Cowboys had made Elliott a new offer. However, that was quickly debunked.

What we do know is that this has been a very public spat between the two sides. Primarily, Cowboys owner Jerry Jones has taken shots at Elliott on a near never-ending loop.

In talking to fans during the Cowboys’ annual kickoff luncheon on Wednesday, Jones made one bold prediction. Elliott will be on the field with the team.

Jones didn’t necessarily specify when. But it seems that he’s confident something will get done here soon.

Dallas is said to be offering a deal between Todd Gurley’s record-breaking $14.38 million annual salary and the $13.13 million Le’Veon Bell is earning in his new deal with the New York Jets.

If the Cowboys were to up that offer and make Zeke the game’s highest-paid back, we’re pretty sure something would get done in short order. However, that might not be in the cards.