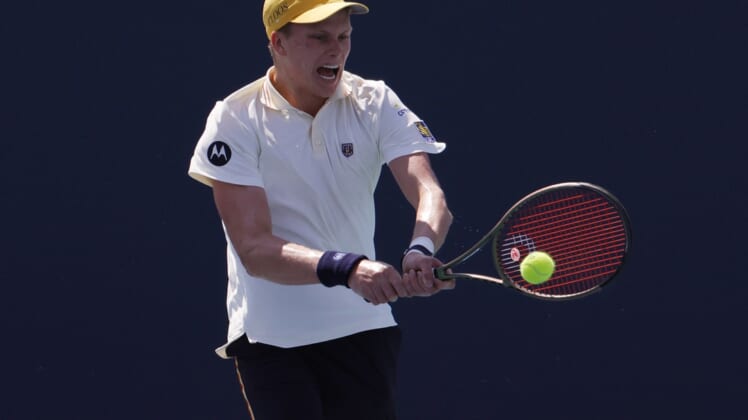 Jenson Brooksby pulled off a stunning third-round comeback Monday at the Miami Open, rallying from a 4-0 deficit in the third set to beat 15th-seeded Roberto Bautista Agut 6-3, 5-7, 6-4.

Brooksby, a 21-year-old Sacramento native, won nine of the 11 points in his final three service games while breaking Bautista Agut’s serve three consecutive times. The Spaniard won only 42 percent of his first-serve points in the third set.

Brooksby said of facing a big third-set deficit, “I’m happy to get through that one. I thought my competing today was a lot better. Still a little streaky, but usually it would be easy to mentally fold in that situation, I think. But I stayed really mentally strong, I competed until the end and it went my way.”

His reward will be a matchup with top-seeded Daniil Medvedev. The Russian cruised to a 6-3, 6-4 victory over Spain’s Pedro Martinez.

“I just felt like I had to be more consistent, and the more consistent one today would win,” Medvedev said. “I managed to just make a few less errors at important moments, serve even better, and it was a small margin but I managed to win and I’m really happy.”