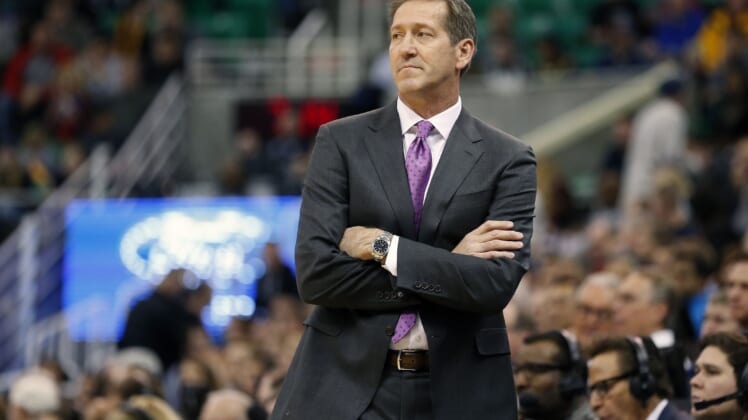 The New York Knicks will be exclusively running the triangle offense next season, according to head coach Jeff Hornacek.

“Hornacek made it clear that the Knicks will be running the triangle offense exclusively from the beginning of training camp next season, and they want players who fit the system and buy into it,” states Newsday report from Al Iannazzone

The Knicks have gone from a pick and roll system with triangle elements to no triangle to mostly triangle to now all triangle in New York, but let’s face a few facts here.

First of all, if the team is only running the triangle offense, there isn’t much of a future for Jeff Hornacek as the head coach. Hornacek was signed as a compromise — someone who would run elements of the triangle to appease Phil Jackson. But in reality, the Knicks were supposed to be in an up-tempo, pick-and-roll offense. He’s not the person to teach the triangle, nor does he seem particularly vested in the triangle.

Third, Phil Jackson is never going to compromise on the triangle. It’s his team and he’s going to run it the way he wants.

Unless Hornacek had won 60 games and the title this season, this was always the most likely outcome. Of course, the problem with that is Phil Jackson is the only head coach in NBA history to ever have success with the triangle (though, it’s worth noting that the Bulls and Lakers both went out of the triangle at times during key playoff games). Furthermore, the Knicks don’t have a Michael Jordan or Kobe Bryant to make things easier for the head coach.