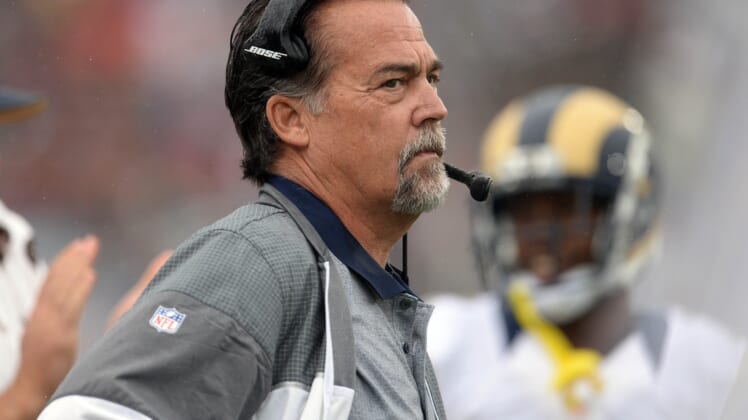 Jeff Fisher wants to coach again, and apparently he might just find a new gig in the rebooted XFL as the head coach of the league’s Houston team.

Jason La Canfora of CBS Sports reported Thursday that he’s “hearing Jeff Fisher is in line to coach Houston of the XFL.”

Fisher is an NFL legend, yet his legend stems from his penchant for mediocrity, or worse. In fact, he’s one loss away from being the losingest head coach in NFL history.

Though, no other coach can boast the kind of sideline hi-jinks Fisher can pull off. And nobody — except maybe Chuck Pagano — loves punters like this guy.

So, while his ability to put together a winning campaign is questionable, at least the XFL will have some entertainment if Fisher does end up coaching in Houston.