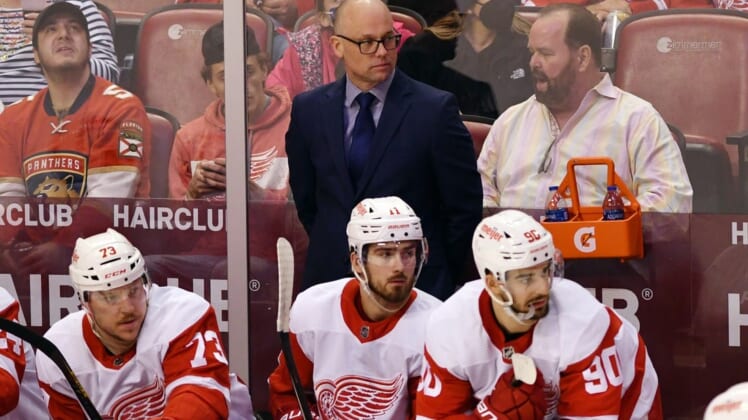 Blashill, 48, did not have his contract renewed after seven seasons behind the bench in Detroit. He had been the second-longest tenured NHL head coach behind only Cooper.

Blashill joined the Red Wings as an assistant coach for the 2011-12 season. He spent the next three campaigns as head coach of the Grand Rapids Griffins of the American Hockey League before being named as the bench boss in Detroit.