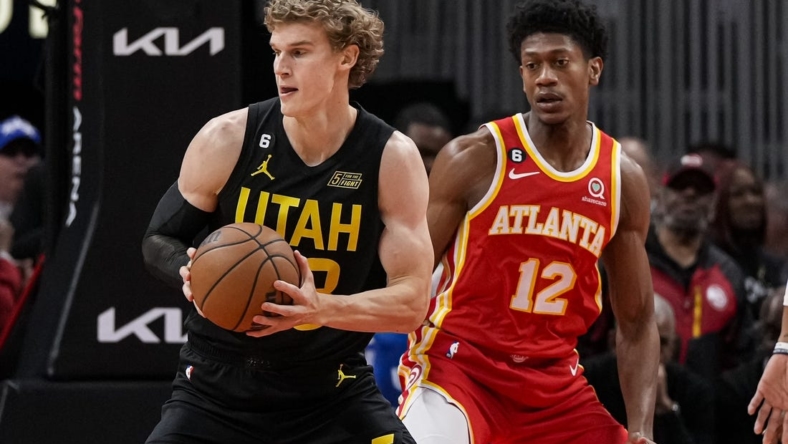 Lauri Markkanen scored a season-high 32 points and the visiting Utah Jazz won their fourth straight game, a 125-119 victory over the Atlanta Hawks on Wednesday.

Markkanen made 9-for-18 from the field, including a season-high six 3-pointers, with eight rebounds to help Utah become the first team in the league to win 10 games.

Utah has won six in a row against the Hawks, including four straight in Atlanta.

Jordan Clarkson added 23 points and Malik Beasley came off the bench to score 18, all on a season-best six 3-pointers. Jarred Vanderbilt was back in the starting lineup after missing two games with right adductor soreness and had seven rebounds.

Dejounte Murray led Atlanta with 26 points. Trae Young returned after missing Monday’s game with right shin soreness and made only 10 of 28 shots for 22 points and nine assists. De’Andre Hunter matched his season high with 22 points. Clint Capela had 15 points and equaled his season-high with 19 rebounds.

The Jazz took the lead for good in the fourth quarter with a 10-2 run. Markkanen’s 3-pointer — which came after Young ignored coach Nate McMillan’s call for a timeout and missed a driving layup — with 5:11 gave Utah a 108-98 lead.

Utah took advantage of Atlanta’s cold shooting to take a 63-54 halftime lead. The Hawks made only 3 of 13 threes in the first half, with Utah hitting 9 of 20. Young was only 3-for-14 from the floor as the Jazz led by as many as 15 in the first half.

Atlanta quickly erased the lead and tied the game at 68 at 9:22 on a 3-pointer by Young. The Hawks built a 10-point lead, but Utah reduced the advantage to 90-85 going into the fourth.

Atlanta completes a home back-to-back Thursday against Philadelphia. Utah plays the middle game of the road trip Saturday at Washington.