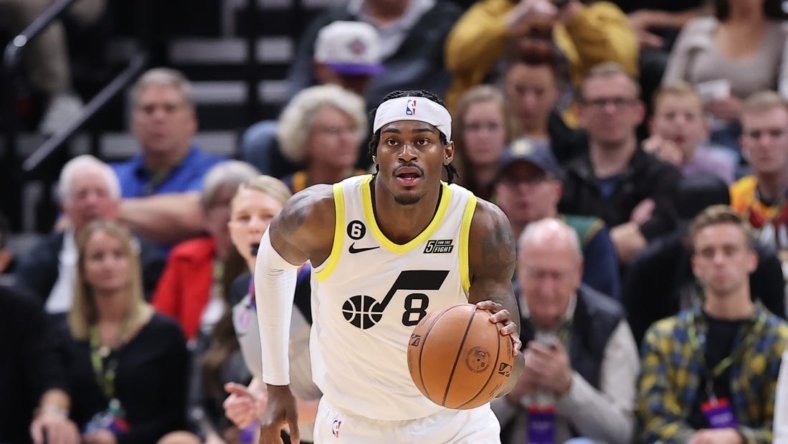 Lauri Markkanen and Kelly Olynyk each scored 23 points and played clutch in the fourth quarter to help the Utah Jazz rally past the Memphis Grizzlies for a 124-123 win Saturday night in Salt Lake City.

Jordan Clarkson added 21 points and Collin Sexton had 19 in his first start for Utah to help the Jazz win a night after being blown out in Denver.

Desmond Bane led Memphis with 32, his third game in a row with more than 30 points. Dillon Brooks also had a big scoring night, finishing with 30 points, while Tyus Jones contributed 23 points and 10 assists.

Memphis, which shot a blistering 56.8 percent, played without Ja Morant due to a non-COVID illness.

The Jazz, who shot 51.7 percent, trailed by five, 118-113, with 2:42 remaining after Bane followed a 3-pointer with two free throws. Markkanen, who added nine rebounds and five assists, answered with a 3 and then Olynyk matched a Brooks turnaround shot with a layup, bringing the Jazz within two with 1:46 remaining.

Olynyk hit a 3-pointer after a Sexton blocked shot to give the Jazz their first lead of the fourth quarter. Malik Beasley, who had 12 points, added another triple for a 124-120 lead with 23.0 left.

Brooks hit a 3-pointer with 15 seconds left as Memphis pulled within one, 124-123. He then rebounded a Markkanen miss with 3.2 seconds left. However, Memphis wasn’t able to get a last shot up.

An early six-point Jazz lead was wiped out after the Grizzlies scored a dozen straight en route to a 30-24 lead after the first quarter.

Utah ended the first half on a tear with an 8-0 run to go up by 10 points before Jones hit a buzzer-beater to make the score 62-54 for the Jazz at the half.

The Jazz led 79-70 when the Grizzlies scored 15 straight points. Utah responded with a 7-0 spurt to reclaim the lead. The wild back-and-forth affair continued in the fourth, beginning with a Bane-led 8-0 surge to begin the fourth quarter.