Jazz seeing bench contributions pay off ahead of Clippers tilt 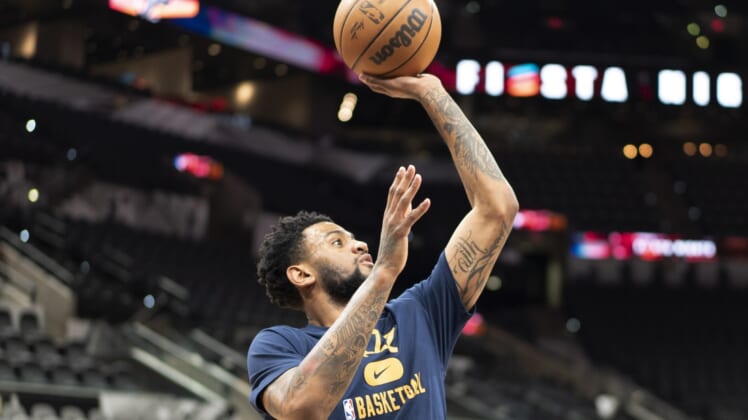 The Chicago Bulls weren’t too surprised that Donovan Mitchell had an offensive outburst during the Utah Jazz’s 125-110 win Wednesday night. But even when the Bulls tried to take the ball out of Mitchell’s hands, the Jazz made them pay via an unexpected source: seldom-used Nickeil Alexander-Walker.

Depending on the health of sharpshooter Bojan Bogdanovic, who’s missed two straight games with a calf injury, the Jazz might need more pleasant-surprise contributions like Alexander-Walker’s to complement Mitchell when they host the Los Angeles Clippers on Friday night.

In by far his most impactful game with Utah, where he was traded in February, the 23-year-old Alexander-Walker hit three 3s and scored 14 of his 16 points in the fourth quarter.

“I was really happy for Nickeil,” Mitchell said, “because people don’t see that every morning before shootaround those guys are in there at 8 o’clock working out and going hard, too.”

Utah’s young players often put in extra work after practice and before games, all in an effort to be ready when their names are called like Alexander-Walker’s was Wednesday. They even have a nickname for their hard-working crew: The Breakfast Club.

“Since being here, I can’t even count the number of corner 3s and other stuff we have been working on in practice,” Alexander-Walker said. “That work with the Breakfast Club is paying off. Gotta trust it.”

Meanwhile, Mitchell finished with 37 points, including franchise records for points and 3-pointers in one quarter. He scored 25 with seven treys in the third frame.

Mitchell told reporters Wednesday that he pumped himself up before the game by watching video of Game 6 against Oklahoma City in his first playoff series back in 2018. Mitchell led the Jazz to a series-clinching victory over the Thunder with 38 points and five 3s. He wanted to feel that vibe again.

“Once I saw the 3 on the wide pin go down, it was on,” Mitchell said. “From there, I just started getting to my spots and do what I do. Sometimes you just gotta go to that place inside you.”

That helped Alexander-Walker, too.

“The gravity he pulled to himself because of the shots he was making … they were so hyper-focused on him,” Alexander-Walker said.

Mitchell scored 27 points with six assists in Utah’s 124-103 win over the Clippers in the teams’ first meeting this year. Utah will visit Los Angeles for another game at the end of its upcoming six-game road trip, which begins Sunday in New York.

The Clippers lost a tough one at home to Toronto, 103-100, on Wednesday, which was their fifth loss in seven outings.

Reggie Jackson scored 23 points and Marcus Morris Sr. contributed 22, but the Clippers’ comeback came up short when a game-tying attempt beyond the arc by Morris went awry.

“It was a good challenge for us offensively,” Clippers coach Tyronn Lue said. “We tried to make the right play and right pass, but they were beating us 1-on-1.”

The Clippers enter Thursday in eighth place in the Western Conference, a distant 5 1/2 games behind Minnesota for seventh but also 5 1/2 games up on the rival Los Angeles Lakers.