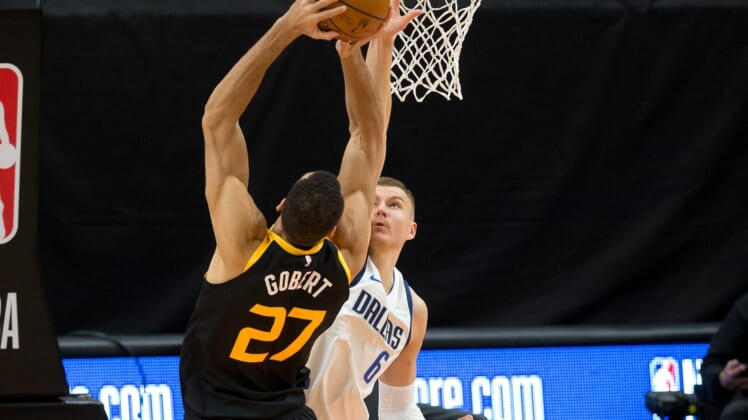 Bojan Bogdanovic scored a season-high 32 points and sank seven 3-pointers to lift the short-handed Utah Jazz to their 11th straight victory, a 120-101 blowout of the Dallas Mavericks on Friday night in Salt Lake City.

Joe Ingles became the franchise’s all-time leading 3-point scorer on a night when Utah hit 20 3-pointers for their ninth consecutive game with 15 or more from beyond the arc. Houston set the NBA team record with 10 straight games with at least 15 triples between the 2018-19 and 2019-20 seasons.

Ingles, who finished with 10 points, surpassed Hall of Famer John Stockton for his Jazz record 846th 3-pointer in his 493rd game. Stockton made 845 3-pointers in 1,504 games during an era in which teams didn’t rely nearly as much on the outside shot as they do now.

Utah played its second straight game without All-Star Donovan Mitchell, who remains in the NBA’s concussion protocol after being hurt Tuesday against the New York Knicks.

Luka Doncic amassed 25 points, seven assists and six rebounds, but Dallas lost a fourth game in a row for the first time since a seven-game skid in March 2019. The Mavs return home for a Saturday night game against the Phoenix Suns having dropped seven of nine games.

The Jazz improved to an NBA-leading 15-4.

The Mavericks played more competitively in the second quarter to pull within 16 at halftime, but the Jazz scored the first eight points out of the locker room and controlled the game from there.