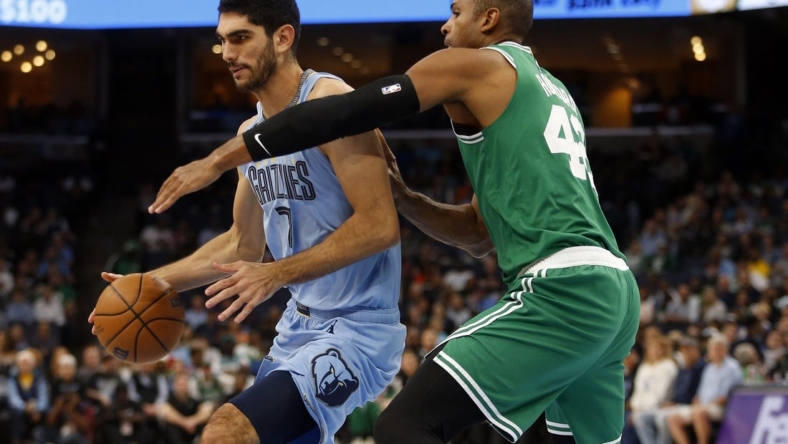 Jayson Tatum scored 19 of his game-high 39 points in the second quarter and the visiting Boston Celtics earned a 109-106 victory over the Memphis Grizzlies on Monday night.

Tatum received a technical foul at the end of the first quarter and that seemed to spark the Celtics.

Boston trailed by six after 12 minutes, but used a 20-0 run to outscore Memphis 37-20 in the second. The Celtics led by as many as 14 points in the quarter.

Memphis was within one point following a Desmond Bane basket with 3.5 seconds left, but Tatum increased the lead to three points by making two free throws and the Grizzlies failed to get off a potential game-tying shot.

Jaylen Brown tossed in 21 points and had nine rebounds for Boston. Celtics guard Marcus Smart finished the game with 15 points and a season-high 12 assists. Center Al Horford, who didn’t play in Boston’s 133-118 win against the New York Knights on Saturday night, also finished with 15 points.

Ja Morant led Memphis with 30 points, including five 3-pointers, and nine assists. He scored 14 points in the third, when Memphis outscored Boston 31-19.

Memphis trailed by 12 in the third, but ended the quarter with a 15-2 spurt and carried an 85-84 lead into the fourth. The Grizzlies didn’t have a lead in the third until a Konchar 3-pointer put Memphis up 85-84 with 10.4 remaining in the quarter.

The Celtics led 100-90 following a Tatum layup with 5:28 to play, and then fended off a late Memphis surge.

Center Steven Adams was a late scratch for the Grizzlies with an ankle injury. Adams, who rolled the ankle in the third quarter of Sunday’s 103-97 victory over the Wizards, is averaging 6.7 points, 11.0 rebounds and 1.4 blocks in 25.9 minutes per game this season.

It was the third game in four nights for Memphis, which suffered its first loss in five home games.